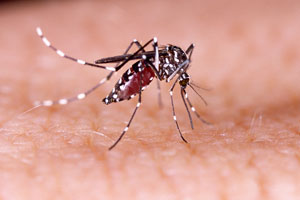 Tour operators from Canada and the United States were given an update on Mexico’s efforts to both prevent and contain the Zika virus.

In a briefing organized by the Mexico Tourism Board (MTB), officials from Mexico’s Ministry of Health outlined how the Mexican government and tourism industry have been handling the situation.

During the meeting in Cancun, Dr. Alberto Diaz Quiñonez, Deputy General Director of the Mexican Institute for Diagnostic and Epidemiology, told operators that Mexico has only 34 confirmed cases of the Zika virus, which represents just 0.03% of the total cases reported globally.

And all of those cases are from Mexican nationals living in rural areas, far from the tourist destinations frequently visited by international tourists.

Dr. Diaz observed: “While the Zika virus is inevitable in Mexico given its vast size, climate and trade in the region, the number of cases remains very low. Strong prevention efforts have already been in practice for years to prevent similar diseases.”

He also emphasized that: “Given these facts, there is no threat to tourists visiting Mexico.”
For several years Mexico’s major tourist destinations and businesses have practiced procedures to control the mosquito population and minimize cases of dengue and other diseases.

Hotels, restaurants, airports, and other areas frequently visited by tourists have in place mosquito eradication practices and closely follow international guidelines to monitor and control their growth.

Given that the Zika virus is contracted in a manner similar to other mosquito-borne diseases that Mexico has long been combating, the entire country and especially its tourist destinations, are already well prepared to contain this latest disease.

Dr. Diaz referenced the World Health Organization (WHO)’s Feb. 1, 2016, statement confirming that there is no reason to cancel or change travel plans to any country reporting Zika cases, including for pregnant women.

With this advisory applying to all countries, even those with high numbers of cases, it’s yet another reason that Mexico, with a very low number of cases, continues to be a destination that millions of tourists are visiting each month.