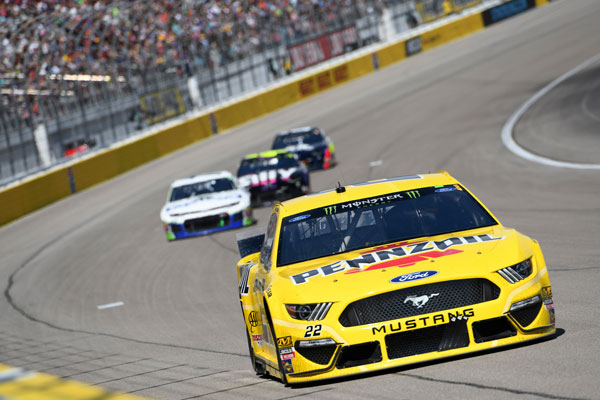 The evolution of consumer trends in Las Vegas continues, with gaming in decline as the top visitor motivator, while visitors spend more on a vast menu of entertainment and dining options.

Now, the promotional powers at MGM Resorts are ensuring that sports is also included in those consumer considerations. To help do so, they hosted a recent trip to Sin City to showcase a cross section of sporting competition.

Over one long weekend, guests took in a jam packed schedule, including tournament play by 17 World Rugby Sevens teams at Sam Boyd Stadium; a night of UFC MMA fighting at T-Mobile Arena; high speed auto racing at the Las Vegas Motor Speedway by the pilots of NASCAR; and on-ice play by the streaking NHL Las Vegas Golden Knights, also at T-Mobile Arena.

It all meets the entertainment definition according to the MGM formula for sports marketing – that is, sports equals entertainment. To maximize that effect, the company has many offers available across its hotel properties and dining venues around the city. For instance, New York-New York has a post-game Happy Hour for fans attending Golden Knights games.

Fans also get some cash-saving considerations by MGM, in terms of their accommodations budget. They can get Vegas Hockey Game packages that include two tickets to a game at T-Mobile Arena and a two-night stay at either the Park MGM or New York-New York. For example, package prices start at US$600 for the March 21 showdown with the Winnipeg Jets.