Home › Airlines › A Milestone For Montreal In 2017

A Milestone For Montreal In 2017 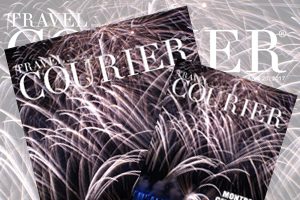 Montreal has a lot to celebrate this year. Sure, there’s its 375th anniversary as well as Canada’s 150th birthday – and the city’s going all-out to extract the maximum visitation potential from both – but ask Tourisme Montreal chief Yves Lalumière what excites him most right now and he’ll point to Air China’s four-times-weekly non-stop service to Beijing and Air Canada’s new daily Dreamliner flight to Shanghai.

“For the next 10 years China is the key for Montreal and it will be our most important priority,” he told Travel Courier’s Mike Dunbar in a wide-ranging conversation. “Not only do the flights give us direct access to the China market, they mean we can go after other Asian visitors too.”

Lalumière conceded that catering to the special needs of Chinese visitors will require a period of learning; not just for those in the receptive industry but for the city as a whole.

But he noted, “People are starting to understand the China market and that they’re dealing with a middle class FIT traveller with substantial disposable income.”

That fact was underscored last year when Montreal bid on and hosted a Chinese Tupperware incentive group some 3,500 strong, Lalumière pointed out.

While the Asian initiative will be a long-term priority, the former American Express and Transat senior exec is looking for this year’s mega-celebrations to eclipse Montreal’s 2016 record-breaking result.

With a target of some 11 million visitors representing a 5% boost, Lalumière is looking for continued healthy occupancy rates for the city’s hotels, which have suffered inadequate demand in the past.