A Milestone Year For Montreal 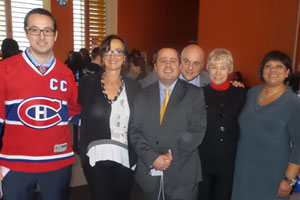 A landmark milestone for Montreal has the city’s hoteliers in an upbeat mood these days.

The city has begun celebrating its 375th anniversary and the accompanying festivities are certain to translate into heightened tourist interest in the city, those attending a Tuesday Destination Quebec event in Toronto said.

“2017’s going to be a milestone year for us. We predict it will be the best since reopening in 2012. Quite a few days are already sold out,” Sebastien Cornellier, group sales manager at the long-standing Ritz-Carlton Montreal, told Press Today.

Celebrations marking the anniversary actually began in December and will continue throughout 2017, with summer expected to be particularly lively in Quebec’s largest city.

de Collors forecasts that this will be a good year for all city hotels.

Meanwhile, Melanie Demers, sales manager at Manoir Saint-Sauveur, found in the Laurentians community of Saint-Sauveur, suggests that those visiting Montreal for the celebrations consider a stay in her community on the same Quebec vacation.

Saint-Sauveur is 45 minutes north of Montreal. “I think we’re going to have the overflow.”

Demers noted that celebrations are running all year long in Montreal and added that her community is a four-seasons part of the world, with winter visitors able to opt for the likes of skiing, while summertime tourists can visit a water park, bike, zipline or choose from a host of other activities in the “really great” community.

Those at the event included Julien Dagenais-Cote of Montreal’s Marriott Chateau Champlain, with Dagenais-Cote’s jersey a reminder that his hotel is found near the Bell Centre, home of the Canadiens; Deborah Edwards, Juan Pablo Suarez and Gillian Hall of Destination Quebec; and Nalina Williams of Platinum Hospitality.