Destination Preparing Its Plans For The Future 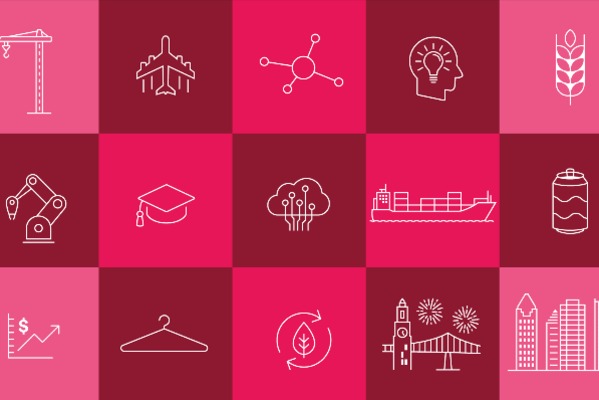 The Strategic Forum on tourism took place on Dec. 1 as part of the Relaunch MTL movement, powered by the Chamber of Commerce of Metropolitan Montreal and its partners.

Close to 600 participants interacted with close to 30 panelists to define avenues for action and solutions to enable the sector to get back on its feet after the crisis.

During the event, tourism industry strategic partners identified the main challenges facing the industry that the pandemic has exacerbated.

Accessibility and fluid travel emerged as the main issues that affected the sector before the pandemic. Since then, the inevitable closings leading to losses of flagships and talent are a source of serious concern for actors from the sector, who see this issue as the biggest impact of the crisis on Montréal’s tourism sector.

Participants reiterated the importance of quickly providing financial support to tourism actors to lift the industry out of the crisis and avoid jeopardizing the city’s position in the long term as a leading international destination. The other priorities participants identified were focusing on proximity and Canadian tourism and demonstrating Montréal’s leadership as a safe destination in terms of health in the long term.

This prioritization of solutions initially presented in the Action Plan to Strengthen the Tourism Sector, jointly developed by the Chamber of Commerce of Metropolitan Montreal and Tourisme Montréal, with content partner, KPMG, is the result of an exercise conducted at the Forum.

The action plan studied in part the impact of the near complete disappearance of 11 million tourists and visitors and close to $5 billion in economic benefits for Montréal.

Michel Leblanc, president and CEO of the Chamber of Commerce of Metropolitan Montreal, observed that: “Montréal’s tourism industry has experienced a major shock since March. We are facing a paradoxical situation: on the one hand, our product, Montréal’s DNA, remains strong. On the other, the situation is generating tremendous uncertainty in the sector.”

Leblanc continued: “The period that lies ahead will be a difficult one for Montréal hotels, restaurants, and event organizers, despite aid programs that have been put in place. We are also facing a major labour challenge. Requalification will be important, but we need to avoid it weakening the recovery.”

He also pointed out that: “The issue of downtown is also fundamental; we need to continue paying it particular attention. We must prepare now so that when Montréal is ready for the recovery, tourism sector actors can ensure the city remains a first-class destination. Along with Tourisme Montréal, the Chamber will be present to ensure the recently announced aid works on the ground and is effectively communicated.”

Yves Lalumière, president and CEO of Tourisme Montréal, observed that: “Today we drew a portrait of tourism in Montréal, an essential economic sector, while it is going through a disruption which could have dramatic consequences.”

Lalumière said that: “We need to avoid the de-structuring of Montréal’s tourism sector and act now, while pursuing discussions with our allies at the Ville de Montréal and the provincial and federal governments. We need to continue deploying efforts to foster resilience, innovation, and the creativity of our sector and city.”