MSC Bellissimas Set For Asia In 2020 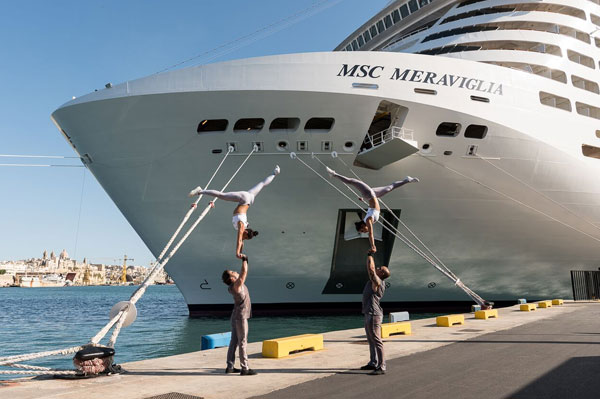 MSC Cruises has announced that the MSC Bellissima will be deployed in Asia in the spring of 2020, becoming MSC Cruises newest flagship for the region.

MSC Bellissima is MSC Cruises’ second Meraviglia-class ship and is currently being constructed at STX Frances shipyard in Saint-Nazaire and is due to first come into service in March 2019.

Following its inaugural season in the Mediterranean next summer, MSC Bellissima will bring a range of cutting-edge innovations to China and Japan, including the longest LED Sky Screen at Sea, at 262 feet long, within a stunning 315 ft. long Mediterranean-style promenade, designed to become the social hub of the ship.

Guests will be able to enjoy brand new and exclusive to MSC Cruises Cirque du Soleil at Sea shows every night as well as a next-generation MSC Yacht Club, with new features and luxurious accommodations spanning three decks, private facilities and butler service around-the-clock. MSC Bellissima will be among the biggest and most innovative cruise ships deployed in the region.

While MSC Bellissima will be mostly based in Shanghai to serve the Chinese home market, she will also offer a number of sailings from Japan to cater to the growing demand for the MSC Cruises product and experience from Japanese consumers.

Sail on over to http://www.mscpressarea.com/en_US for more.