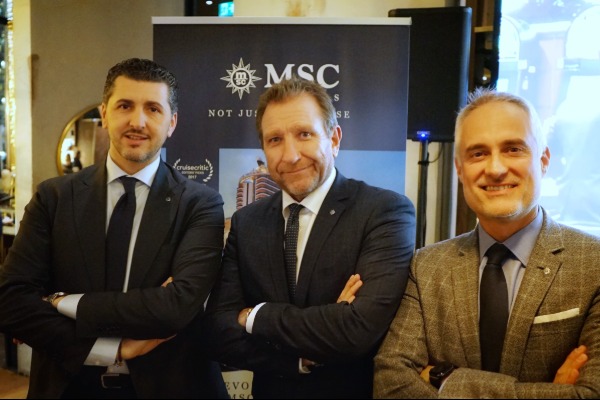 Less than a year since opening the doors to a new Canadian office, MSC Cruises is making a bigger splash in Canada growing its team from four to 30 employees.

“Canada is an integral part to the global success of MSC Cruises,” said Ian Patterson, country manager for MSC Cruises Canada at a partner event in Toronto last night (Feb. 5). “We planted a flag in Canada like no one else has done.”

Achille Staiano, VP of global sales, told PressToday the Canadian market holds the potential to grow significantly with the company.

“We wanted to accelerate the growth,” he said. “The response of our partners is excellent. We have the power to be more accessible, to provide better service and to make ourselves more visible not only in terms of products but in terms of branding as well, and to support our partners in selling better because we believe that Canadians have an attraction that’s not necessarily the Caribbean… Canadians are travellers and travelling around the world. We are the only international player that can offer products in five continents, a variety of products in the Mediterranean, Europe, Emirates, Caribbean, Asia, South America, so we can be a one-stop-shop.” 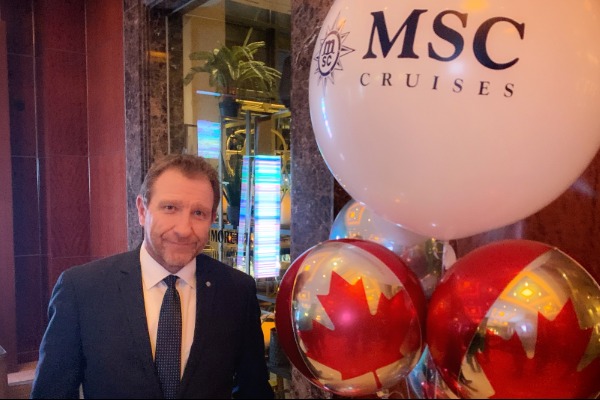 The company is amidst a period of major growth with plans for 27 ships to come onstream between 2017 and 2030.

“We have 18 ships now, we have the 19th that is arriving at the end of October, then we have 10 additional ships in order and then we recently announced an additional 10,” he said. “We’re here to consolidate our position and we’re committed to have a longterm commitment with Canadian trade and for the Canadian guests and to offer excellent service. I want to make sure travel agents understand how important their distribution is for us. A partnership with MSC is for life. We believe we can grow with them — we have tons of ships coming and so that means we need to generate millions of passengers.”

A few months ago, MSC opened Ocean Cay MSC Marine Reserve, a new private island destination in The Bahamas. The project saw the removal of 7,500 tons of industrial scrap metal and waste and the addition of 75,000 trees, plants and shrubs.

Earlier this year MSC launched Canadian websites for consumers  (www.MSCCruises.ca) and for travel agents (www.mscbook.com/ca), allowing guests and travel advisors to operate in Canadian dollars in English and French, and access resources, information and tools. Since opening the Canadian office, MSC has expanded the hours of its contact centre, and expanded its groups department. In addition to cruise bookings, travel agents can also earn commission on upgrades, such as drinks packages.

As a precautionary measure in light of the coronavirus, the company has implemented additional public health measures across its fleet including elevated deep-sanitation on every ship and a pre-embarkation questionnaire to ensure passengers haven’t travelled from mainland China or visited mainland China in the past 30 days.

MSC Splendida, deployed in Asia for winter 2019-20, has also repositioned its next three, four- and five-night scheduled sailings from Shanghai, China, to Singapore to start its 27-night “Grand Voyage” to the Middle East and Europe for a Feb. 14 departure.

With Singapore becoming a new embarkation port, calls to Naha, Japan, and Hong Kong are cancelled, but four additional new ports were added to the itinerary: Langkawi, Penang and Kuala Lumpur in Malaysia, and Ho Chi Minh City in Vietnam.