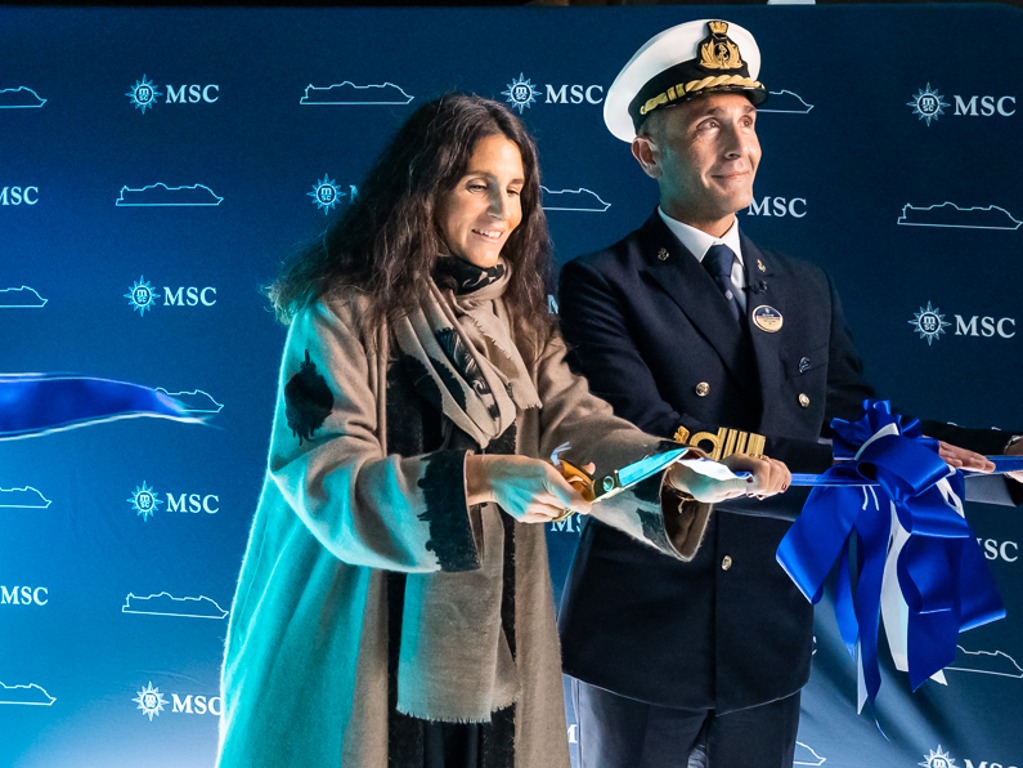 As godmother to 18 MSC Cruises ships, which she refers to as her “godchildren,” legendary actress Sophia Loren appeared virtually at the naming ceremony for MSC Seascape in New York this week to hand over ribbon cutting duties to Alexa Aponte-Vago, the daughter of MSC Group’s founder and executive chairman Gianluigi Aponte.

“One of the highlights of the past 20 years has been to officiate the christening of MSC Cruises fleet not only because the Apontes have become like family to me but also because MSC has always occupied a special place in my heart,” Loren said, addressing the crowd of more than 2,000 VIPs, travel industry partners (including PressToday) and top management from the company gathered on board at the Manhattan Cruise Terminal. “Let me bless the MSC Seascape, her great crew and all her passengers.” 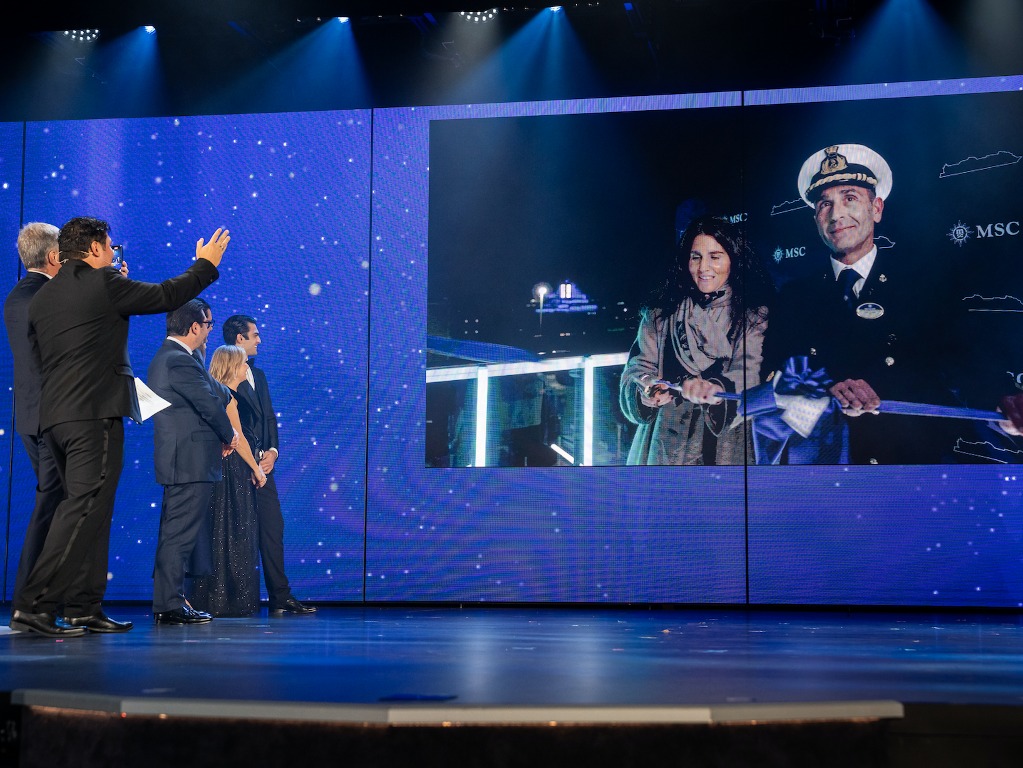 Loren was quick to add that she’s “very possessive” of her ships, and told Aponte-Vago, “Don’t get too used to it. As soon as the pandemic ends, I look forward to being here in person to christen many more ships!”

Along with a festive event with a performance by singer-songwriter Matteo Bocelli, the evening also served as a tribute to New York becoming a homeport for MSC Cruises. As of April 2023, MSC Meraviglia will set sail from the Brooklyn Cruise Terminal with itineraries to Florida, the Bahamas, Bermuda, Canada and New England. 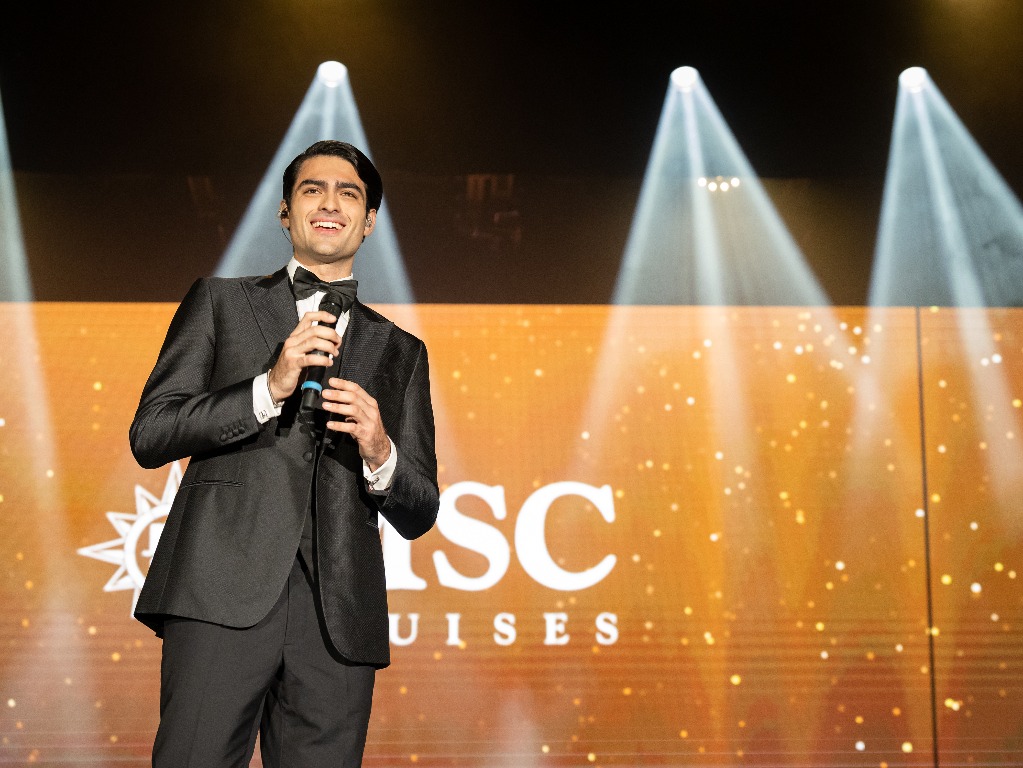 During a press conference ahead of the naming ceremony, New York City Mayor Eric Adams said MSC’s presence is expected to generate US$102 million in annual revenue for the city.

MSC also announced a US$236,000 donation to the city Parks Department’s Greenthumb community gardening program and the NYC Junior Ambassadors, which is an initiative aiming to connect 7th graders in underserved areas with the United Nations to learn about global issues.

“The donation to the Junior Ambassador program would benefit over 600 students and educators, helping them learn about global issues such as international peace and security,” he said. “The year-round cruises from the Brooklyn terminal will create a huge boost to our tourism and create up to 10,000 full-time jobs in the city, an equivalent to 10,000 full-time jobs.” 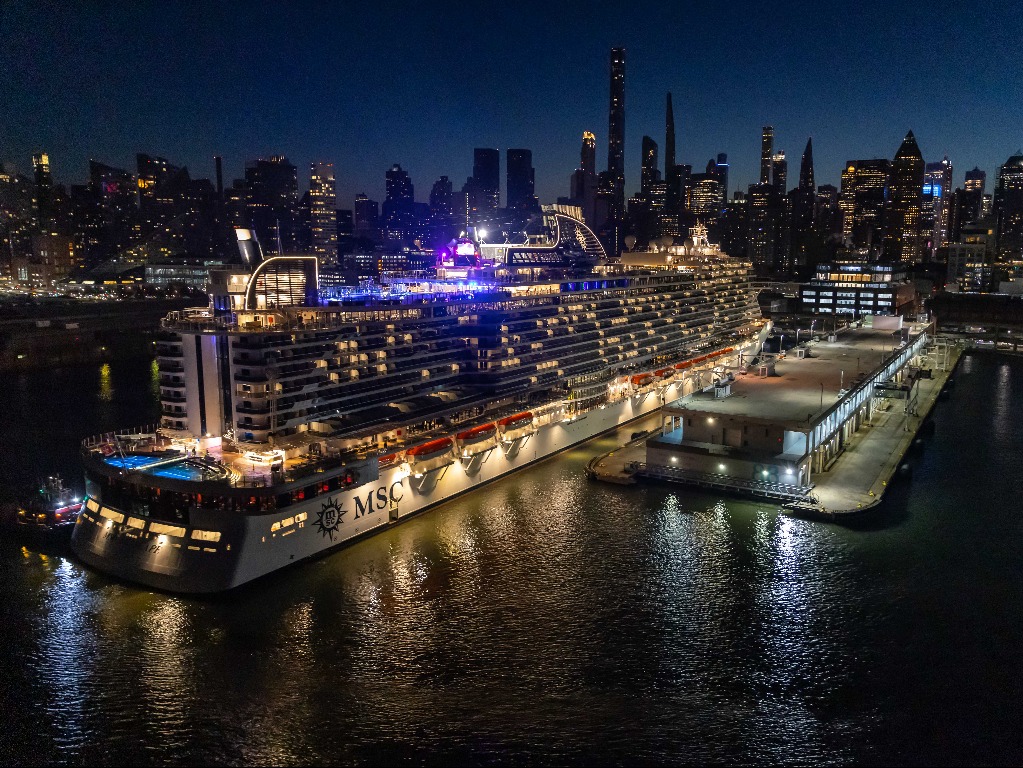 “We have ambitious growth plans in the US, and New York City plays a critical role in that expansion. We already host a large number of guests from the tri-state area on our ships sailing from Florida and around the world, and we are excited to bring a modern and glamorous ship like MSC Meraviglia to New York next year to give cruisers a wide choice of itineraries, whether they’re looking for sunny Caribbean skies or Canada’s beautiful autumns,” added Rubén A. Rodríguez, President, MSC Cruises USA. “Why fly to your cruise when you can just hop on the subway?”

Meanwhile the flagship MSC Seascape will offer two different seven-night itineraries from Miami in the Caribbean: 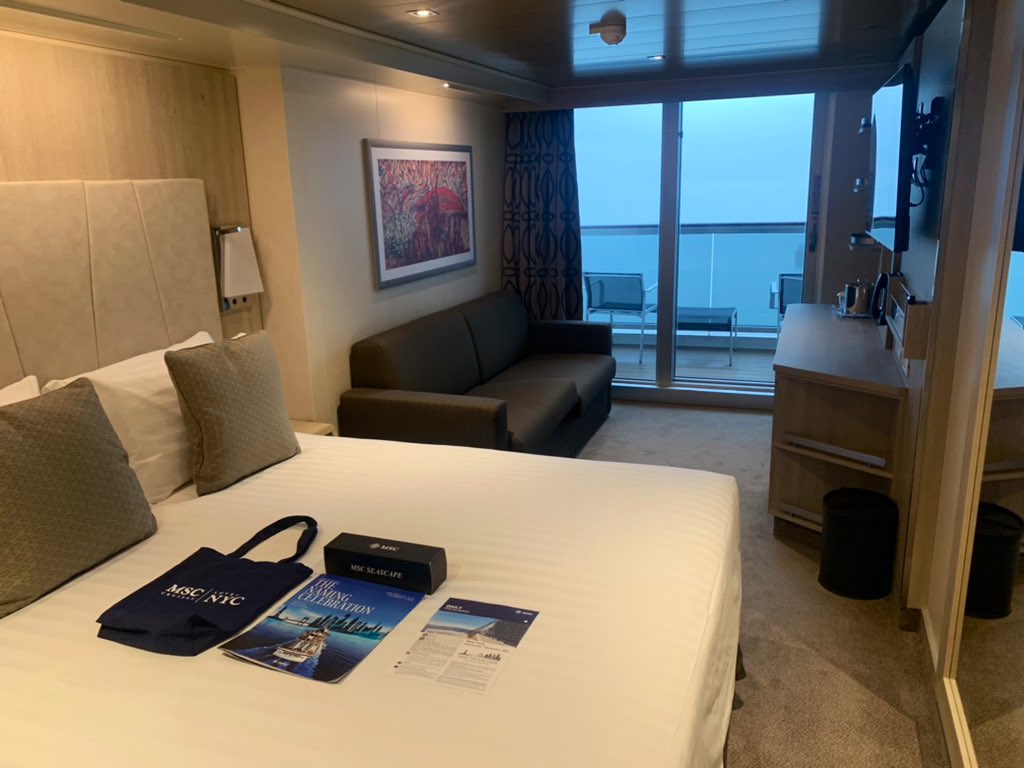 MSC Seascape is the 21st ship in the MSC Cruises fleet and the second ship to be launched in less than one month after MSC World Europa launched in November.