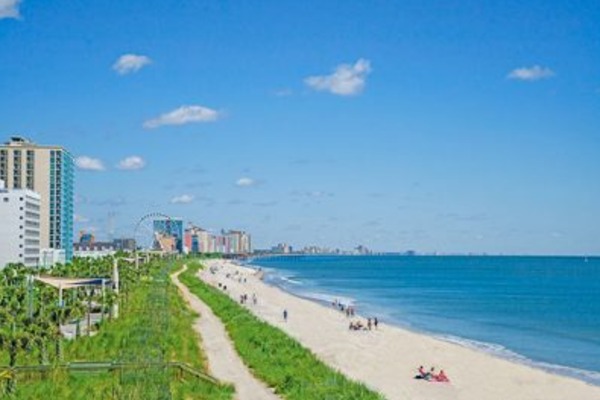 A reopened Canada-U.S. border has led to Canadian vacationers returning to Myrtle Beach, South Carolina, with any return visitors finding the oceanside destination has gained new tourism-related attractions and more are in the works.

Julie Ellis of Visit Myrtle Beach told a Thursday (Feb. 3) webinar a host of new attractions have opened, among them craft breweries, while the very visible SkyWheel, which gives lofty views of the destination, has seen “major renovations.” That attraction has climate-controlled gondolas.

Spring is expected to see the opening of a 26-story Courtyard by Marriott hotel.

It isn’t yet known how many Canadians have visited since the border reopening “but hopefully they’ll (large number of Canadian vacationers) will be on their way down shortly,” Ellis said.

Ellis reported that the long-running Can-Am Days festival will this year run March 12-20, with Canadians on hand at that time offered discounts on the likes of accommodations and attractions.

There will also be special events for Canadians during the festival.

Ellis noted Myrtle Beach has 100 kms of beach, and yesterday saw a “pretty pleasant” temperature of 65F. “I’m not bragging, just saying,” she said of the differences in temperatures between her destination and those in this country on Thursday.

Golf is available on Myrtle Beach’s many courses throughout the year and Ellis labelled the destination “the mini-golf capital of the world.”

But she also said nature enthusiasts will appreciate the Myrtle Beach area, home to two state parks and which will appeal to birdwatchers, who may spot blue herons, egrets and many other bird species there

Huntington Beach State Park “has some of the best birdwatching on the east coast” of the United States, she added.

Kayakers exploring the area may sight alligators and other creatures.

Those interested in aquatic creatures can visit Ripley’s Aquarium, home to barracudas, sharks and other ocean dwellers.

Ellis noted Porter Airlines will link Myrtle Beach and Toronto from early March into late May.