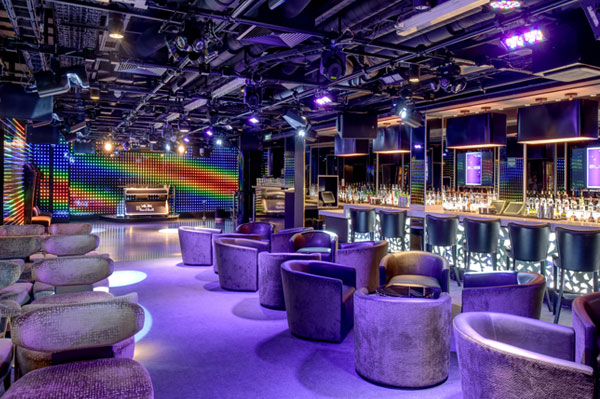 As part of The Norwegian Edge, the company’s program designed to elevate the standard of excellence across its fleet, the revitalized ships now feature new designs and venues, including Los Lobos Cantina, an upscale Mexican restaurant; the adults-only enclave, Spice H2O; and Syd Norman’s Pour House – an American rock ‘n’ roll bar and lounge, which makes its debut aboard Norwegian Breakaway.

“What a year this has been for us at Norwegian Cruise Line,” said NCL president Andy Stuart. “Not only did we introduce our latest and record-breaking ship, Norwegian Bliss, and announce the redeployment of her sister ship Norwegian Joy, but we are now unveiling our newly revitalized ships, Norwegian Breakaway, Sun and Star. This is a testament to how invested we are in our guests’ experience. Although we are one of the youngest fleets in the industry, we are very committed to The Norwegian Edge program which allows us to remain consistent, relevant and exciting.”

Additional upgrades include enhancements to Bliss Ultra Lounge (pictured) with new, premium furniture; new carpet in all 2,014 staterooms and suites; a full transformation of the gift shop; and new carpet installations in the staircases, elevators and lobbies.

Bliss Ultra Lounge, formerly Dazzles, is the new bar and nightclub where guests can begin or end their evenings. The Spinnaker Lounge replaces the Observation Lounge and showcases a fresh design with a natural colour palette reminiscent of blue, beige and tan.

All 968 staterooms were upgraded with smart televisions and USB ports, as well as new carpet, artwork and select furniture.

Sky High Bar showcases a new design complete with an updated bar and seating for close to 120 guests. Replacing Bier Garten, the outdoor bar and lounge offers the best views on board.

And, for the first time, Norwegian Star will offer the adults-only enclave, Spice H2O.

All 1,174 staterooms and suites were outfitted with USB ports, enhanced with more than 1,500 works of art and upgraded with new carpet, headboards and select furniture. The three-bedroom garden villas which feature private deck areas and can accommodate up to seven people were also remodelled to offer a light and airy design.

Additional enhancements were made to the bars and lounges, restaurants and public spaces including Atrium Café & Bar, Garden Café and the main dining rooms. A VIP section was also added in the casino.