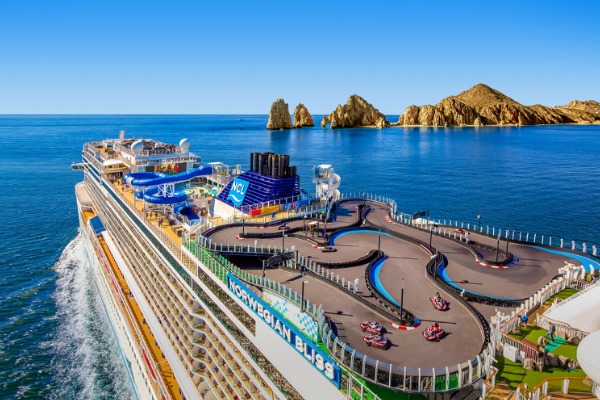 Norwegian Bliss will be NCL’s second vessel sailing from the West Coast following the restart of its sister ship Norwegian Encore, which resumed voyages to Alaska from the Seattle in August 2021.

Harry Sommer, president and chief executive officer of Norwegian Cruise Line, said: “Norwegian Bliss has been one of the industry’s game changers setting multiple world records on the West Coast, including being the largest ship to be christened in Seattle, homeport in Los Angeles, call to San Francisco, and traverse the new locks of the Panama Canal from both the Pacific and Atlantic oceans,” “Having her make her long-awaited return from the ‘City of Angels’ sets another landmark in our Great Cruise Comeback journey as we reignite half of our fleet and continue delivering unforgettable guest experiences from one of the premier destinations on the West Coast.”

On Jan. 21, 2022, the ship will embark on a 14-day journey crossing the Panama Canal and making port calls to notable destinations including Cabo San Lucas, Mexico; Puntarenas (Puerto Caldera), Costa Rica; and Cartagena, Colombia before making her way to the cruise capital of the world, Miami.