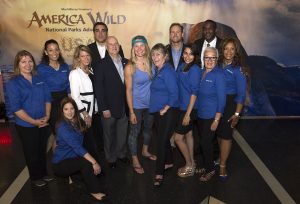 Pohl is among the outdoorsy sorts seen in America Wild: National Park Adventures, a film showcasing the US national parks system and the release of which coincides with the centennial of that system.

Pohl – among other things seen ice-climbing and rock-climbing in different parks during the 43-minute movie, which also sees appearances by famed climber Conrad Anker and Max Lowe, son of Alex Lowe, another storied name in mountaineering – says the film is a great showcase for a park system that she says is unique because of greatly varying United States landscapes.

“It really does an amazing job,” says the 23-year-old artist and adventurer. “It really shows how different the US parks are. It really is very feel-good.”

“There are moments when you’re soaring over the Tetons or Glacier National Park and you get this beautiful, majestic feeling,” Pohl says of “jaw-dropping” scenes from the movie, narrated by Robert Redford.

“I think it makes you want to go out and have an experience that makes your heart happy.”

Brand USA, which promotes travel to the United States, was among those involved in the movie’s creation.

Pohl believes there’s a growing number of people seeking wild retreats and America Wild: National Park Adventures will inspire more of those people visiting the United States to spend part of their vacation in one of the country’s 58 national parks or view some of its more than 400 national park sites.

Even Americans may under-appreciate their country’s parks, she suggests.

Pohl also hopes the movie will educate people about the parks and convince them of the need for preservation while also encouraging visits.

“The message is there’s something in the parks for everyone,” she says. “There’s a park for everyone. The places are really different. There are no other places like them on Earth.”

America Wild: National Park Adventures is now being shown at Toronto’s Ontario Science Centre and will be shown in other cities in Canada as well. 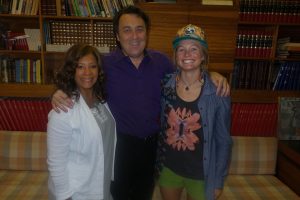