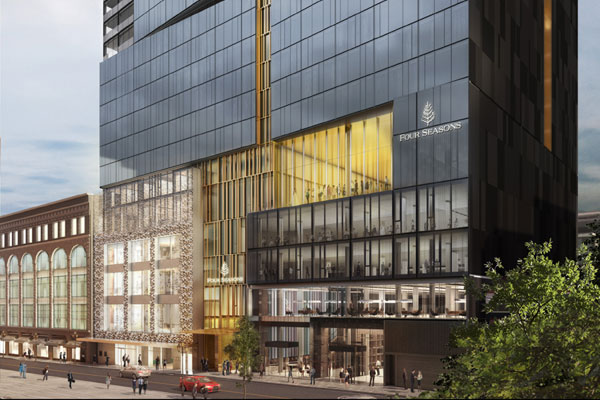 “We are so excited to join with our community in welcoming Formula One fans from around the world for the 2019 Montreal Grand Prix taking place June 7-9. The event virtually takes over the city, and we’ll be right there in the middle of it,” says Four Seasons general manager Gonçalo Monteiro. “And that’s just the beginning of what promises to be a summer to remember in Montreal.”

From June 27 to July 6, the eclectic Festival International de Jazz de Montréal takes place across 20 stages around the city, followed by the always star-studded Just for Laughs Festival from July 10-28.

The 169-room Four Seasons Hotel Montreal is located downtown in the city’s Golden Mile Square, connected to Holt Renfrew Ogilvy. Just 10 minutes by foot from the Bell Centre, five minutes by car from the train station and 20 minutes from the airport, Four Seasons is ideally located for international visitors, regional weekenders and business travellers.

Facilities include MARCUS restaurant and bar, an intimate spa and state-of-the-art fitness centre, a skylit indoor pool and a fifth-floor ballroom with outdoor terrace.