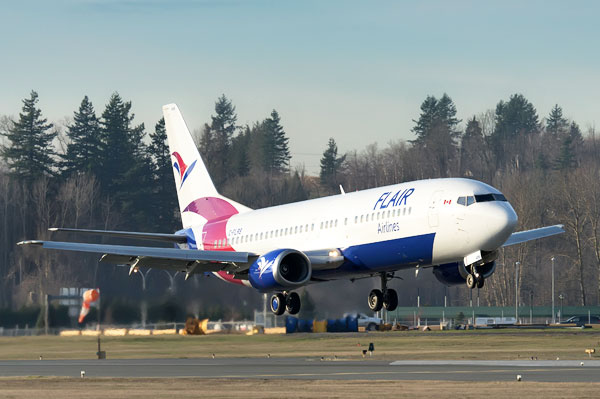 Flair Airlines says that following extensive analysis, it will build on the success of Edmonton International Airport as its Main Transfer Hub and officially establish itself as Edmonton’s Hometown Airline.

The carrier will continue to expand its network to/from Edmonton by growing its frequency and network – both domestic and trans-border; announcing new low-fare routes in the coming weeks.  Flair will also progressively relocate its operations and executive base in Edmonton.

Flair’s executive chairman, David Tait said: “Just last week Flair doubled its frequency out of Edmonton and, as one of the fastest growing cities in the country, the community and the airport are uniquely positioned to support our ongoing growth: Already, of Flair’s almost 200 flights per week, 65% of them fly to/from Edmonton.”

Tait continued: “We are also looking forward to tapping into Edmonton’s professional talent pool, as we progressively establish our headquarters here over the coming months.”

Tom Ruth, president and CEO of Edmonton International Airport, said that: “Over the past year of operation, not only has Flair introduced new destinations and increased route frequencies, it has successfully expanded Edmonton into its main transfer hub for Canada. This reflects Flair’s strong confidence in the Edmonton Metro Region, and has proven this market’s support for Flair’s growing list of non-stops and ULCC value.”

For more, go to www.flairair.ca .