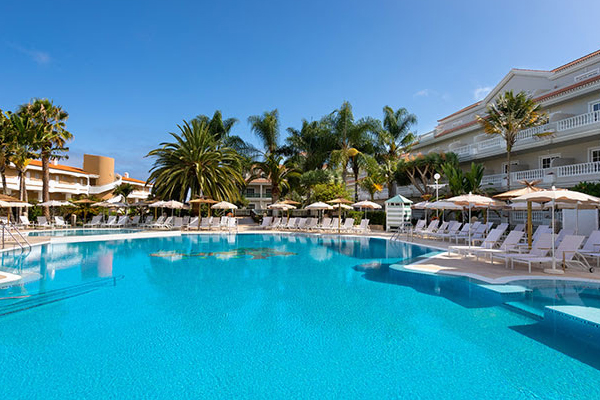 The hotel is four stars and it has 190 rooms, each with its own balcony from which guests can enjoy views of the ocean, the mountains and the Mount Teide Volcano.

The outdoor areas include a heated pool all year round and a children’s pool, surrounded by 2,800 square metres of gardens. Martiánez Beach is two kilometres away, and its 330 metres of black volcanic sand mean it is one of Tenerife’s most iconic bays.

The complex has a main buffet-style restaurant that offers dining with live cooking stations and themed cuisine twice a week. There are also two bars, one by the pool area.

With this latest refurbishment, just one of the four hotels that RIU has on Tenerife remains to be renovated, namely Riu Buena Vista, as Riu Palace Tenerife and Riu Arecas were both given makeovers in 2015.

The location of Riu Garoe next to Puerto de la Cruz ensures a comfortable and relaxed stay. In the city’s historic quarter, visitors can enjoy the narrow streets with bars and cafés, as well as the old fishing harbour.