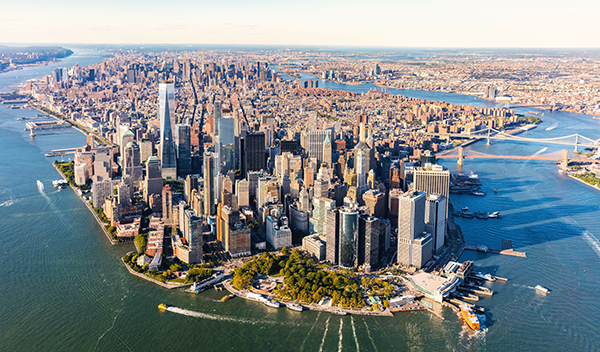 With its economic recovery continuing, New York is celebrating welcoming an estimated 56.4 million travellers in 2022 – that’s an increase of 71.4% over 2021.

NYC & Company reports that the city will see 47.4 million domestic and 8.9 million international travellers visit the five boroughs — with international visitation alone more than tripling over 2021.

This activity marks the return of 85% of the city’s record 2019 visitation levels; and it remains on pace to attract 61.7 million visitors in 2023.

The pace of tourism’s rebound helps fuel the City’s economic recovery supporting approximately 410,000 jobs in the full leisure and hospitality sector and more than $40 billion in direct visitor spending or approximately $60 billion in total economic impact for the year.

NYC & Company President and CEO Fred Dixon said: “New York City has always proven itself to be resilient, and we have every reason to remain optimistic about tourism. With $40 billion in direct spend and a 71.4% increase in visitation, New York City as a destination has clearly demonstrated that its recovery pace is among the strongest in the country and that normal visitation patterns are returning.”

Several factors contributed to the city’s tourism rebound: throughout 2022, New York City saw a steady return of visitors across all five boroughs with travel activity beginning to return to pre-pandemic patterns.

The demand for hotels remained strong and was supported by a steady increase in midweek business travel.

Meetings and conventions activity increased citywide with the Javits Center seeing a 15% increase from August to December 2022 as compared to the same period in 2021.

In addition, the resumption of airline service routes, the continuation of infrastructure investments throughout the pandemic, and the addition of new tourism offerings, programs and major events across the five boroughs have been critical to attracting visitors back to the city and encouraging spending activity. Tax revenue generated by visitor spending saved each New York City household approximately $2,000 in 2022.

Hotel performance grew throughout 2022 and is forecast to reach nearly 32 million room nights sold, just 20% below 2019 record levels. New York City is again among the top 25 US markets and was the highest-performing hotel city in the US in November and December 2022. For the week ending December 10, hotel demand recovered 96% of the 2019 benchmark with over 800,000 room nights sold. Hotel occupancy was over 90% and the Average Daily Rate (ADR) was over $400, which translates to a recovery of 124% of 2019 rates.