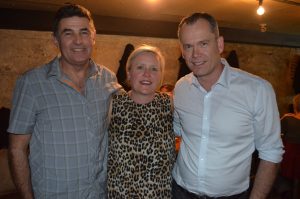 Information delivery, Kiwi-style, was on the menu at a recent gathering of New Zealand attraction operators and regional reps at an eatery in Vancouver’s Gastown.

Lunch was served on a long, single wooden table at the Salt Tasting Room, and amidst the clatter and animated chatter, all reps within ear shot delivered rapid fire product run-downs. The method may have been hit-and-miss, but lots of enthusiasm for the destination was generated in a short space of time in the communal setting.

The Vancouver stop was the only one to take this less formal approach, as part of a west coast mission that started in Los Angeles and included events in San Jose, San Francisco and Seattle. There, up to 50-60 agents attended at venues where rotating, round table presentations were staged. “It was a very worthwhile trip,” said group organizer Annie Dundas, general manager for Hawke’s Bay Tourism.

The products and programs were widely diverse, but all the reps in attendance had a commonality in the fact that they are all based in the central region of the North Island. This brings an alternative perspective to the New Zealand tourism profile, which is sometimes dominated by the South Island, said some of the operators.

Pictured, Annie Dundas, general manager for Hawke’s Bay Tourism, was a key organizer of a recent tourism mission from the central region of the North Island of New Zealand. During lunch in Vancouver, she was joined by Stuart Barclay (l), director of Adrift Tongariro, and Patrick O’Sullivan, GM of White Island Tours.