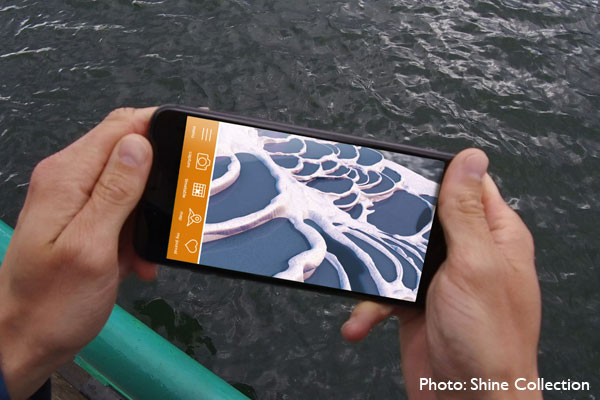 An “augmented reality” (AR) app is giving New Zealand visitors the chance to experience a once-famous geological formation that disappeared over 130 years ago.

The Pink and White Terraces were once known as the “eighth wonder of the world” and were obliterated by the Mount Tarawera eruption in 1886. They were located 20 km from Rotorua on the North Island of New Zealand.

In the 19th century, intrepid tourists travelled from around the world to visit the terraces, which became the most famous tourist attraction in the country. Visitors would gather on the terrace shores to experience the natural spa and health benefits that continue to be a feature in the Rotorua region. The popularity of the terraces signalled the start of organized tourism in New Zealand.

Old reference photos and paintings, plus work by early explorers and scientists, have been used to recreate the terraces in augmented reality (AR).

The terraces have been brought to life again with a specially developed app launched as an eco-tourism experience. Visitors can download the free app and experience the recreated terraces on daily cruises across Lake Rotomahana to the place where the terraces once were. Users need only hold up their device to explore the site and discover its hidden secrets.

The Pink and White Terraces were formed over thousands of years, as silica-rich water emerging from springs and boiling geysers crystallized into giant tiered staircases. The White Terrace covered more than three hectares while the smaller Pink Terrace was used for bathing on the lower levels.