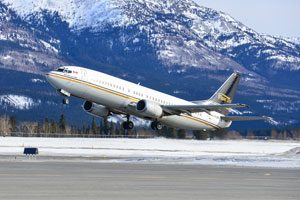 NewLeaf is set for takeoff with the low-fare carrier’s inaugural flight scheduled for Monday (July 25) out of Hamilton, Ont., to Winnipeg, and most first-week flights nearly sold out.

“We are excited to resume operations as people plan their summer vacations,” said Jim Young, president and CEO of NewLeaf Travel Company. “We know Canadians have been waiting for this service, and are delighted to increase their travel options by offering more flights to more destinations, with fares as low as $79.”

NewLeaf reports that its first flight from Hamilton to Moncton, New Brunswick on July 29 is sold out.

“We are excited to report that close to all our flights during the first week of operations are nearly sold out, but it was Hamilton to Moncton that was the first flight to completely sell out,” said Young.

In March, the Canadian Transportation Agency (CTA) completed its review of licensing regulations and determined that, as a reseller of air services, NewLeaf Travel Company is not required to hold an airline license. Flights booked through NewLeaf will be operated by Flair Airlines, a licensed Canadian airline with an experienced crew and pilots flying Boeing 737‐400 passenger jets.

According to officials, NewLeaf will work with Flair Airlines to offer base fares that are significantly less than other Canadian carriers. It will achieve this through cost‐saving measures such as operating out of smaller airports with lower landing fees; flying a simple point‐to‐point network with minimal time between flights; and offering customers à la carte purchase of options such as carry-on and checked baggage, priority boarding and call centre assistance for a fee.