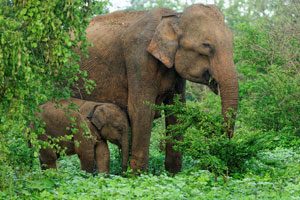 TripAdvisor has announced its commitment to launch a set of industry-leading actions, including changes to its policy on selling tickets to animal attractions and the launch of a new education portal to help inform travellers about the standards of care for wild, captive, and endangered species in tourism and their interactions with tourists, and their impact on wildlife conservation.

TripAdvisor and its Viator brand will discontinue selling tickets for specific tourism experiences where travellers come into physical contact with captive wild animals or endangered species, including but not limited to elephant rides, petting tigers, and swim with dolphin attractions.

While some attractions will cease booking through TripAdvisor immediately, the company plans to have both the educational portal and booking policy changes fully-launched and implemented by early 2017.

As well, TripAdvisor is committing to the development and launch of an education portal linked to every animal attraction listing on TripAdvisor.

The portal will provide links and information on animal welfare practices, helping travellers to write more informed reviews about their experience, and to be aware of opinions that exist on the conservation implications and benefits of some tourism attractions.

In turn, TripAdvisor believes that better reviews will enable travellers to make more informed booking decisions and improve the standards of animal care in tourism worldwide.

The content on TripAdvisor’s education portal will provide numerous points of view from experts in the fields of sustainable tourism, animal welfare, wildlife conservation and the zoological and marine sciences.

Stephen Kaufer, president and CEO, TripAdvisor, said: “TripAdvisor’s new booking policy and education effort is designed as a means to do our part in helping improve the health and safety standards of animals, especially in markets with limited regulatory protections.”

He noted that: “At the same time, we want to celebrate those destinations and attractions that are leaders in caring for animals and those in the tourism industry who help further the cause of animal welfare, conservation and the preservation of endangered species. We want to thank the dozens of trade groups, academics and nongovernmental organizations who helped us design our path forward as a company.”

Kaufer continued: “TripAdvisor’s leadership position in travel means we can help educate millions of travelers about the diverse opinions that exist on matters of animal welfare. We believe the end result of our efforts will be enabling travelers to make more thoughtful choices about whether to visit an animal attraction and to write more meaningful reviews about those attractions.”

Go to http://www.tripadvisor.com for more.

And the group said that it will join other animal welfare, conservation and tourism industry experts to work with TripAdvisor as they launch a new education portal linked to every animal attraction listing on TripAdvisor.

Josey Kitson, executive director at World Animal Protection Canada said: “”We congratulate TripAdvisor on taking this important step towards ending the cruel wildlife tourism entertainment industry – it’s also a great result for over half a million World Animal Protection supporters who took action to stop the travel site from profiting from the sale of elephant rides, tiger selfies and other cruel wildlife tourist interactions.”

Go to http://www.worldanimalprotection.ca for more.