Norwegian Prima Set To Sail In The Summer Of 2022 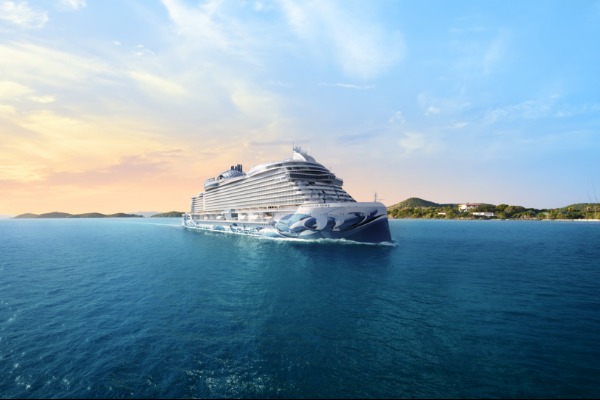 Norwegian Cruise Line is now taking bookings for summer 2022 sailings of the Norwegian Prima – the first of the six ships in the cruies company’s new Prima Class.

Harry Sommer, president and CEO of Norwegian Cruise Line, said that: “Despite not having sailed in more than a year, we never stopped working and innovating, we never once pressed pause.”

Sommer continued: “In fact, we doubled down on our brand investment in order to deliver unforgettable guest experiences that go well beyond expectations. Not only will we begin cruising this July, we’re so proud and so incredibly happy to announce the start of an exciting new chapter as we introduce the Prima Class and the first ship in a line of unrivaled vessels with Norwegian Prima.”

The new ship was built in Marghera, Italy by Italian shipbuilder Fincantieri and the name ‘Prima,’ means “first” in Italian, and, Sommer said “is a natural fit that ties into our legacy of firsts in the industry and a fitting tribute to our new Italian shipbuilding partners at Fincantieri.”

In the summer of 2022, the Norwegian Prima will offer a series of inaugural sailings before heading to Northern Europe.

From Aug. 17 to Sept. 13, 2022, it will sail a series of eight-day voyages from Amsterdam, Netherlands, and Copenhagen, Denmark, offering guests the opportunity to explore the continent’s Northern Europe, Norwegian Fjords and Baltic regions.

In the fall and winter, the Norwegian Prima will depart Southampton, England, on Sept. 23 for a 12-day transatlantic voyage visiting Lerwick, Scotland with an overnight in Reykjavik, Iceland, before arriving in Halifax, Nova Scotia, and ending her journey in New York to commence a five-day roundtrip itinerary on Oct. 10 to Bermuda.

On Oct. 15, it will depart from New York on a 12-day open-jaw immersive Caribbean itinerary where she will be the newest ship in the region and for the first time ever for NCL, the vessel will visit Galveston, TX.

The ship will have calls to Willemstad, Curacao; Kralendijk, Bonaire; Oranjestad, Aruba, with all visits featuring between nine and 10 in-port hours.

For more, sail on over to www.ncl.com .