Norwegian Takes Off In Canada 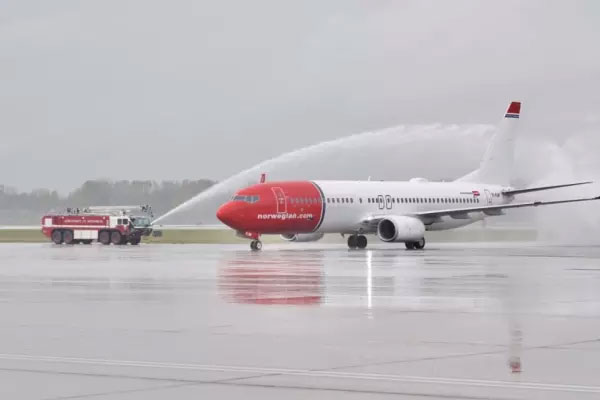 The new non-stop service will be followed by flights to Martinique Aimé Césaire International Airport on Nov. 1. Both flights will operate three times a week until the end of March, with fares starting at $179 one-way, including taxes.

Norwegian will also launch its first Canadian transatlantic service with year-round, daily service from Hamilton, Ont. to Dublin on March 31. Fares to Ireland start at $249 one-way, including taxes.

“This is an important milestone for Norwegian as we enter one of the world’s most exciting aviation markets, Canada. We believe our low fares matched with our high quality and award-winning service will be very popular among Canadian travellers, as it has been with American travellers for the past five years,” said Bjørn Kjos, Norwegian’s founder and CEO. “We are now the only airline to connect the French Caribbean with both Canada and the United States, as well as French Guiana, which is also launching this week.”

French Guiana will be served from both Guadeloupe and Martinique. Winter seasonal service from Martinique to Cayenne – Félix Eboué Airport will launch tomorrow (Oct. 31) and operate four times per week. Flights from Guadeloupe to Cayenne will launch on Nov. 1. Launch fares from both islands start at $174, one-way, including taxes.

“For Canadians and especially Quebecers, the islands of Guadeloupe represent a paradise destination they would like to visit at least once in their life. We are thrilled about Norwegian’s new route from Montreal to Pointe-à-Pître as they will contribute to realize this dream. We are looking forward to welcoming more Canadians to our archipelago,” said Willy Rosier, general director for the Guadeloupe Islands Tourism Board.