Home › Airlines › Not A Good Day For Travel – UPDATE

Not A Good Day For Travel – UPDATE 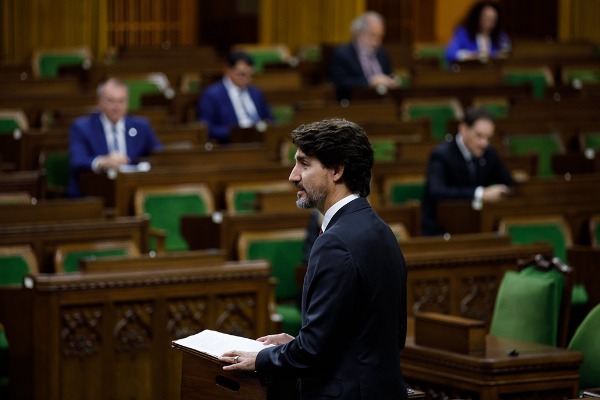 It has not been a good day for the Canadian travel industry and even though the industry could see it coming – certainly Transat’s announcement earlier this week that it was suspending its sun operation to the end of April signalled the significant new travel restrictions.

The day began with Prime Minister Justin Trudeau announcing that Canada’s four major airlines – Air Canada, WestJet, Sunwing and Transat – are “stepping up” and have agreed to suspend service to sun destinations immediately. (see below for advisories from WestJet and Air Canada)

The service suspension covers the period of Jan. 31 to April 30.

The Prime Minister also confirmed that there will be additional measures implemented that will include an additional compulsory COVID-19 PCR test for passengers arriving in Canada and they will be required to wait for those test results for a minimum of three days in Health Canada-approved hotels.

Cost of such a stay, the Prime Minister said, would be approximately $2,000, including the cost of the tests, nights at the hotels.

If the test is negative, travellers will be allowed to return home under strict rules to finish their quarantine.

The Prime Minister praised Canada’s four airlines, saying he appreciated their efforts and indicated that the government would be working with the carriers further on both testing and quarantine issues.

Beginning next week, the government will also be requiring all international flights to land only at Vancouver, Calgary, Toronto or Montreal.

The Prime Minister noted as well that by putting all of these measures in place, Canadians can look forward to travelling when times are better, indicating that the government will continue to work with the country’s travel and tourism industry. 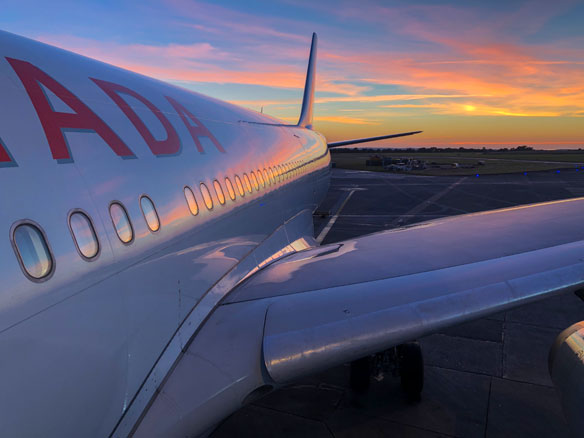 Air Canada also provided additional details on its temporary suspension of its flights to Mexican and Caribbean destinations that’s set to begin on Jan. 31.

The carrier indicated that 90-day suspension is in response to ongoing COVID-19 concerns, particularly during the Spring Break period.

It noted as well that the decision was designed to achieve an orderly reduction in service and minimize customer impact and was taken in collaboration with the Government of Canada following consultations.

Air Canada’s president and chief executive officer, Calin Rovinescu said: “Air Canada believes a collaborative approach with the Government of Canada involving all air carriers is the best means to respond to the COVID-19 pandemic, especially given concerns around the variants of COVID- 19 and travel during the Spring Break period.”

Rovinescu continued: “Through consultation we have established an approach that will allow us to achieve an orderly reduction in service to these destinations that minimizes the impact on our customers and will support important public health goals to manage COVID-19.”

And Air Canada’s boss added: “System-wide the incremental impact on Air Canada’s cash burn is not material given the already reduced levels of passenger traffic resulting from COVID-19 and travel restrictions.”

Air Canada is suspending its operations to 15 destinations beginning this Sunday, Jan. 31 until Fri., April 30.

To help ensure Canadians are not stranded abroad, Air Canada plans to operate a number of one-way commercial flights from affected destinations after Jan. 31 in order to return customers at the suspended destinations to Canada.

Affected customers will be offered full refunds given the services are being suspended with no alternative available.

Go to www.aircanda.com for more.

Following Prime Minister Justin Trudeau’s COVID-19 briefing today, the WestJet Group confirmed that it is temporarily ceasing international flying to 14 sun destinations in Mexico and the Caribbean in response to a request from the Canadian government.

WestJet’s president and CEO, Ed Sims said: “The government asked, and we agreed. While we know that air travel is responsible for less than two per cent of cases since the start of the crisis, and even less today, we recognize the Government of Canada’s ask is a precautionary measure.”

Sims continued: “We also note that the overwhelming majority of quarantine exemptions, well over 90% in fact, are connected to land borders and not air travel. We have responded to their request and will suspend service to destinations in Mexico and the Caribbean.”

The carrier indicated that over the subsequent two weeks, it will work to bring its passengers already in destination back to Canada.

Service suspensions by Swoop include:

Through its Safety Above All program, the WestJet Group has implemented extensive safety measures since the start of the pandemic and as a result, there have been no documented cases of person-to-person transmission onboard the airline’s flights.

Said Sims: “The pandemic has had devastating impacts on our hard-working people, and they have made tremendous sacrifices throughout.”

He continued: “The government recognizes how uniquely hard hit our industry has been and has acknowledged our efforts to curb the spread of the virus. We note their words of support for our airline as a strong partner in the fight against COVID-19.”

WestJet indicated that for guests with travel booked during the impacted period, it will proactively notify them of their options.

Go to https://www.westjet.com/ for more.