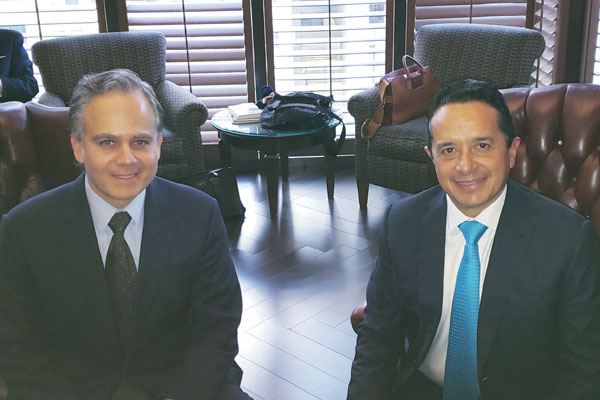 The director of the Mexico Tourism Board’s Toronto office is thanking this country’s travel trade for its support on the eve of the office’s closure as Mexico’s new government prepares to undertake a radically different approach to tourism promotion.

The Toronto office will be closed at the end of February, with the Mexican government planning to turn tourism promotion responsibilities over to its diplomatic missions. Plans call for the closing of virtually all foreign tourism offices, including ones in Montreal and Vancouver.

Mexico has had a stand-alone Toronto tourism office for over 50 years.

“It’s been a great ride,” said Cesar Mendoza, current director of the Toronto office. “I got to know a lot of people and have made some very good friends.

“In my heart, I will always be a promoter of Mexico.”

Mendoza has floated the idea of remaining in Toronto, continuing to work in the tourist trade, citing among other things his knowledge of Mexico’s tourism attributes.

Mendoza Thursday hosted the governor of Quintana Roo, who noted the Mexico Tourism Board has long been touting different parts of Mexico to foreign travellers.

Carlos Joaquin – whose jurisdiction is home to such hugely popular retreats as Cancun and the Maya Riviera – said the closures will create challenges for Mexican tourist destinations, with tourism board offices long having promoting all of the country to tourists.

Joaquin noted that Quintana Roo last year created its own tourist board, telling international tourists about attributes that include the state’s famed beaches, nature and its Mayan heritage, demonstrated in part by its many archeological sites.

Pictured are Mendoza (l) and Joaquin.