No Discussions To Postpone Or Cancel 2016 Games 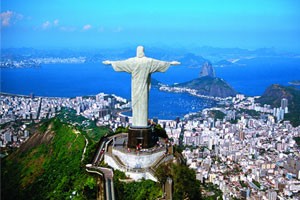 Embratur (the Brazilian Tourism Board) has issued a statement advising travel and tour operator partners that there is no discussion of the possibility of postponing or cancelling the 2016 Rio Olympic and Paralympic Games.

Embratur, and other Brazilian government agencies, is guided by the recommendations of the World Health Organization (WHO), which stated on May 28 that a possible change of the Games due to illness does not alter the spread of the virus, which is already circulating in 60 countries and territories. Therefore, there is no reason to delay the Games.

Before the 2014 FIFA World Cup, researchers at the University of São Paulo, using modern methods, concluded that at least three foreign tourists would contract dengue fever (transmitted by the same mosquito that spreads the Zika virus), among the 700,000 visitors from other countries who visited Brazil during the competition. In the end, as expected, only three individuals were affected. In a similar study, the same researchers concluded that the possibilities of an international visitor contracting Zika at the Olympics are very remote.

In addition, it is actually winter in Brazil during the period of the event, which is historically the time of year with the lowest incidence of mosquito-borne diseases.

Embratur’s estimate is that between 300,000 and 500,000 international visitors will come to Brazil for the Olympics and Paralympics.

Preventive measures that are still being recommended are intended to reduce the presence of mosquitoes that transmit the disease. Practical guidelines include: using mosquito repellents, keep doors and windows closed or screened, wear pants and long sleeved shirts.
Officials added the 2016 Olympics and Paralympics, in August and September, will take place with the utmost attention to the health of the participants, and reinforced that Brazil is working to ensure the Games take place safely and peacefully, whether for athletes, technical staff or tourists.