Home › Destinations › On the Road in Ireland

On the Road in Ireland 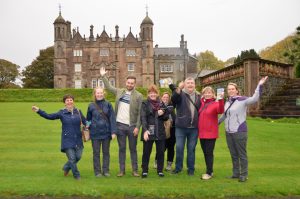 From taking in filming locations for Game of Thrones to a sunny day at the scenic Giant’s Causeway despite threats of a storm rolling in, PressToday is on location in Ireland this week for what’s proving to be an adventurous FAM along with Canadian travel agents and tour operators.

“The goal is really to increase business to Ireland and brand awareness,” explains Jonathan Sargeant, trade promotions and e-marketing executive at Tourism Ireland, about the annual FAM. “We normally do two nights in Northern Ireland to get the message out about the beautiful city of Belfast and Derry-Londonderry, and also showcase the likes of the Giant’s Causeway and the Causeway Coastal Route. From Canada, obviously, the travel trade are very important in terms of bringing business to Ireland — over 30% of all trips to Ireland are booked with the travel trade, if not more — so it’s certainly a very important market and we realize that here.”

Hosted by Tourism Ireland, Tourism Northern Ireland and Failte Ireland, the FAM will also feature an expo day for the trade to meet with Irish industry partners for a series of speed dating style one-on-one networking meetings.

“It’s an opportunity for Irish industry to meet them face to face while they also get six days to explore the beautiful country,” he says. “Ireland is a really popular destination especially for North America and Canadians… we’ve had over a 100% increase since 2013 and we’ve had double-digit growth the last three years.”

Some of the highlights of the trip so far were:

Stay tuned for more stories as we talk to agents and operators about their experiences in Ireland and follow along at twitter.com/CdnTravelPress and #CAIrelandFAM! Above: some of the trade group is pictured at Glenarm Castle. 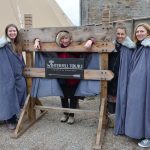 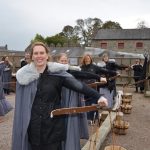 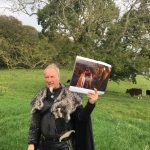 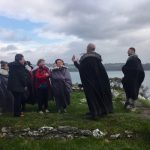 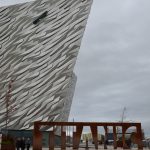 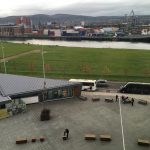