Home › Destinations › On Your Mark, Get Set

On Your Mark, Get Set

Korea's Ready To Go As Preparations Underway For 2018 Winter Olympics 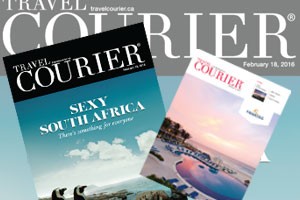 Korea’s tourism trade is eagerly awaiting the arrival of the 2018 Winter Olympics in PyeongChang, confident that the athletic spectacular will be another shot in the arm for a country that has benefited in a major way from hosting sporting extravaganzas in the past, reports Ian Stalker in this week’s digital edition of Travel Courier.

“The promotion has already started,” says Doojo Kim, Canadian director of the Korea Tourism Organization, who adds that the 1988 Summer Olympics in Seoul were a “turning point” for Korea’s tourist trade.

Upwards of a billion people watch the Olympics on TV, providing huge exposure for the host nation.
Kim noted Korea and Japan also jointly hosted the 2002 World Cup soccer tournament, another event that he says was hugely rewarding for Korean tourism.

“We are so excited,” Kim says of the upcoming games, the first Winter Olympics to be held in mainland Asia. “Once again, people will be aware of Korea as a [major] tourism destination.

“Few countries have hosted both the Summer and Winter Olympics.”