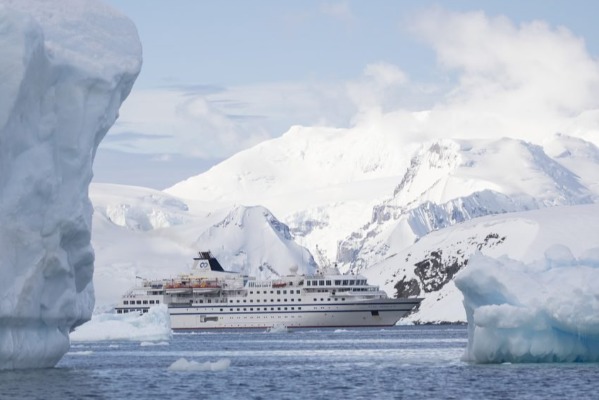 There is no answer on either the long distance toll free line or the local 604 Vancouver number. And there is no response to questions sent to the email address of One Ocean Expeditions of Squamish BC, which has apparently gone silent. The only verbal answer is a recorded message saying that the toll free number is temporarily unavailable, while a recording on the local line says only that the mailbox is full.

Some more light on the status of the company has been shed by a statement on the One Ocean Expeditions website, saying that refunds are being arranged for passengers who are unable to make rebookings.

“OOE thanks our clients, agents, and partners for their patience and understanding as our team works through the present setback as expeditiously as possible.”

The statement, from earlier in the year, explained that One Ocean Expeditions (OOE) had suddenly lost the services of two of its ships, leaving just one to operate its schedule of expedition cruises.

It stated that the chartered vessels Akademik Ioffe and Akademik Sergey Vavilov had been “suddenly and unexpectedly” withdrawn from passenger service.

The decision do so by “Russian government entities” came “as a complete surprise to OOE and is out of our control,” said Catherine Lawton, general manager of the company. “The withdrawal of the vessels for the 2019-20 season is a breach of the owners’ contract with OOE and is now the subject of legal action.”

As a result of this sudden reduction in the company’s fleet capacity, OOE has been processing either rebookings or refunds for passengers affected by the loss of the ships. Some rebookings may be accommodated the RCGS Resolute, a new ship launched by OOE in 2018.

One Ocean Expeditions is not one of the businesses licensed by Consumer Protection BC, which maintains a travel registrar system of regulations and compensation funding for travel agencies in the province. It has received calls from affected travellers (17 to date) about the issue, but zero claims.

“We have been encouraging consumers to start by going back to their credit card provider to request a reversal of the charges,” said Amanda Parry, the communications coordinator for Consumer Protection BC. “If people have insurance, we suggest they contact their insurance company to make a claim.”