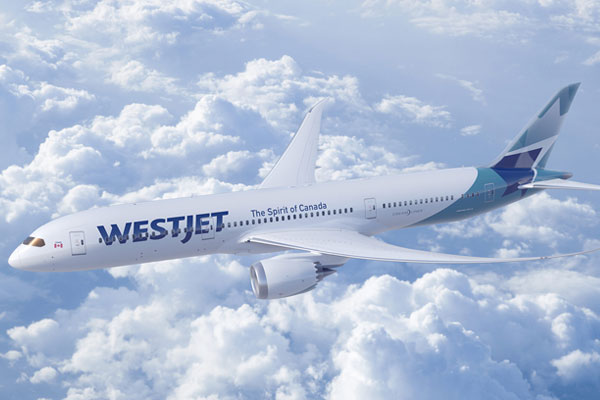 Wow! Now this came out of nowhere.

WestJet Airlines Ltd. has confirmed that it has entered into a definitive agreement that provides for its acquisition in an all-cash transaction.

Under the terms of the agreement, Onex Corporation and its affiliated funds will acquire all outstanding shares of WestJet for $31 per share, after which WestJet will operate as a privately-held company.

The purchase price represents a 67% premium to Friday’s (May 10) closing share price and a 63% premium to WestJet’s 20-day volume-weighted average trading price.

The transaction value is approximately $5 billion including assumed debt.

Clive Beddoe, founder and chairman of Westjet, said: “Since our first flight in 1996, WestJet has been singularly focused on providing better options for the Canadian travelling public and this transaction retains that commitment. I am particularly pleased that WestJet will remain headquartered in Calgary and will continue to build on the success that our 14,000 WestJetters have created. Onex’ aerospace experience, history of positive employee relations and long-term orientation makes it an ideal partner for WestJetters, and I am excited about our future.”

Tawfiq Popatia, a managing director at Onex, commented: “WestJet is one of Canada’s strongest brands and we have tremendous respect for the business that Clive Beddoe and all WestJetters have built over the years. WestJet is renowned internationally for its unparalleled guest experience and employee culture. We’re thrilled to be partnering with WestJetters and continuing this remarkable Canadian success story.”

Ed Sims, president and CEO of Westjet, stated: “We are delighted to continue the journey of building an airline based on a growing network, providing competitive airfares and more choice to, from and within Canada, for communities large and small. Integral to this relationship is a commitment to our employees, and our unique ownership-driven culture.”

Following an approach by Onex in March 2019, the WestJet board of directors formed a special committee of independent directors to provide the Board with its advice and recommendations with respect to the proposal from Onex and the transaction, and to supervise the negotiation of the terms and conditions of the transaction.

After an extensive review of the proposed transaction, the special committee provided its unanimous recommendation of the transaction to the WestJet board of directors.

Each of CIBC Capital Markets and BofA Merrill Lynch has provided the WestJet board of directors with an opinion to the effect that, as of May 12, 2019, the consideration to be received by holders of WestJet shares in the transaction was fair, from a financial point of view, to such holders, in each case subject to the respective limitations, qualifications, assumptions and other matters set forth in such opinions.

Each of the directors and executive officers of WestJet has entered into a voting support agreement pursuant to which each has committed to vote in favour of the transaction.

Equity financing will be led by Onex Partners.

The transaction is to be completed by way of an arrangement under the Business Corporations Act (Alberta). Completion of the transaction is subject to a number of conditions, including court and shareholder approval and receipt of certain regulatory approvals, including approval under the Canada Transportation Act. The approval under the Canada Transportation Act involves a determination by the Minister of Transport which entails an assessment of the public interest as it relates to national transportation.

Assuming the timely receipt of regulatory approvals, the transaction is expected to close in the latter part of 2019 or early 2020.

WestJet expects to mail an information circular in late June 2019 for a special meeting of its shareholders expected to be held in July 2019 to approve the transaction.

WestJet is permitted to continue paying its regular quarterly cash dividend consistent with its dividend policy and past practice until closing.

Further details regarding the terms of the transaction are set out in the arrangement agreement, which will be publicly filed by WestJet under its profile at www.sedar.com. Additional information regarding the terms of the arrangement agreement and the background of the transaction will be provided in the information circular for the special meeting of shareholders.