Ontario’s Wilderness ‘Closer Than You Think’ 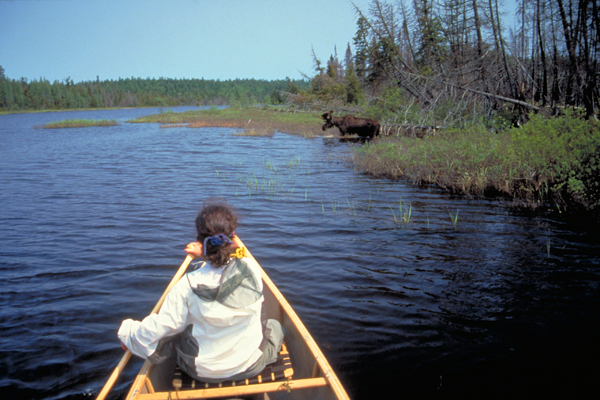 James Murphy is proud to note that clothing giant Roots has its roots in Ontario’s wilderness, with the iconic brand being conceived in a “cabin in Algonquin Park.”

And Murphy, with Ontario wilderness firm Explorers’ Edge, told a Friday Rendez-vous Canada audience that it was that same Algonquin Park that inspired the famed Group of Seven Artists to “revolutionize Canadian painting.” The artists became known for paintings of Ontario wilderness settings.

“The wilderness is closer than you think,” Murphy told the Toronto gathering, adding wild spaces can be found not far north of Ontario’s capital.

That wilderness provides settings for such classic Canadian images as moose and “paddling down a river,” Murphy continued.

Those on hand were invited to imagine sitting by a campfire, listening to “loons or maybe a wolf in the distance.”

Delegates were also treated to imitations of owl hoots and wolf howls by a nature enthusiast who lives near Algonquin Park. He also invited volunteers from the audience to try to imitate a wolf, reassuring them that their calls might get a response in a wilderness setting.

“Sometimes even the worst imitation of a wolf howl will actually work,” he said.