Home › Airlines › Operations Back to Normal at Turkish Airlines

Operations Back to Normal at Turkish Airlines 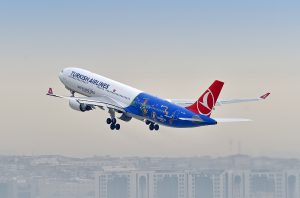 Turkish Airlines reports its operations at Istanbul airport have returned to normal following Friday’s failed coup and it is allowing those uneasy about visiting Turkey at this time to rebook to a later date.

“Our nation has demonstrated its preference for democracy, freedom and maintaining the integrity of our country… Turkish Airlines condemns the attempted military coup… We extend our thanks to our passengers for their understanding for the inconvenience.”

The carrier says that flights operated by Turkish Airlines (including AnadoluJet trademark) that are departing/arriving to Turkey (including domestic flights) and/or transit flights via Turkey operated between July 15-17 (inclusive) and ticketed on/before July 15 see tickets re-validated until Aug. 15 disregardıng of related fare rules.

All rebooking/rerouting will be made without any charge provided that the new destination is the same IATA region and same cabin class.