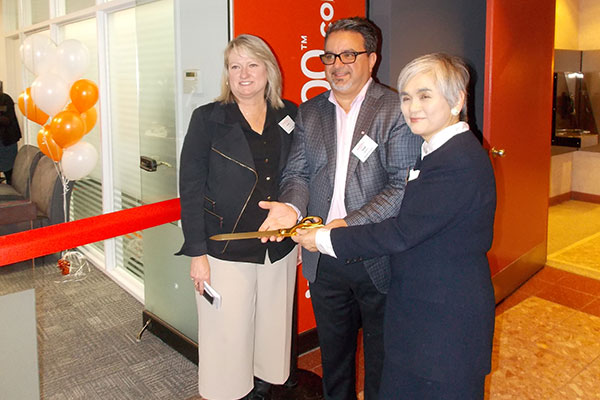 When it launched in 1994, itravel2000 was on the crest of the wave of online travel agencies (OTAs) that have remade the global travel industry.

Now, almost 25 years later and true to its ‘let’s shake things up’ origins, itravel2000 continues to follow its own path with the opening of a bricks and mortar location at the Sheraton Centre Hotel in downtown Toronto.

As Frank Demarinis, president and CEO of TravelBrands and Dianne Jackson, vice-president, retail for Red Label Vacations tell it, itravel2000’s move from virtual to reality, so to speak, was a case of an opportunity presenting itself and Demarinis and Jackson taking it.

The move follows H.I.S. Group’s acquisition of Red Label Vacations Inc. — which operates redtag.ca, itravel2000, The TravelExperts and TravelBrands – back in January of this year and interestingly enough, H.I.S had a bricks and mortar location at the Sheraton Centre.

Demarinis explained that OTAs are going strong, but based on research on today’s consumers and their travel behaviour, he points out that those consumers what higher levels of service and different kinds of products – service and products that only bricks and mortar agencies can offer.

Jackson certainly agrees, telling Press Today, that the H.I.S location has a good book of both leisure and corporate business and there was a clear opportunity to expand the amount of outbound business that the agency could do.

Demarinis also sees the new itravel2000 location as an opportunity to take advantage of the growing demand for specialty and exotic products that an aging market place is looking for today.

“Canadians are looking for diversity and exotic products and you can’t find that in an OTA,” Demarinis told Press Today during the official ribbon cutting at itravel2000’s first bricks and mortar location.

He also emphasized that today’s travellers “want the level of service that bricks and mortar [agencies] offer.”

Clearly, TravelBrand’s president and CEO is intent on giving that level of service to them and taking advantage of what he sees as a marketplace opportunity.

“I have a vision and I want to take advantage of it,” Demarinis told the crowd of about 50 travel trade types gathered last night for the official opening.

And he added that H.I.S has given him the opportunity to pursue that dream.

So are there going to be more bricks and mortar itravel2000 locations, well, says Demarinis, “this is a pilot to test to see if what I’m thinking will work … so there could be more.”