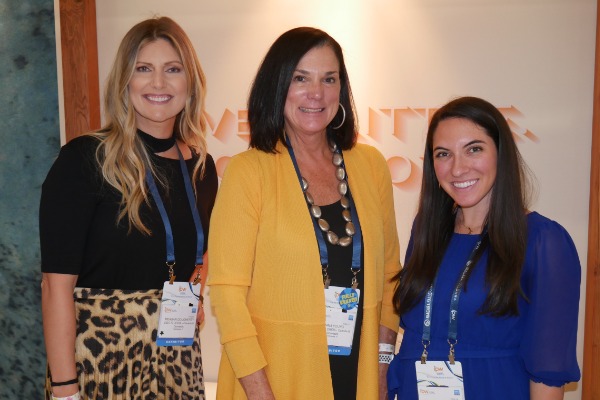 IPW 2021 wrapped up its proceedings in Las Vegas with a final day party led by the hosts of next year’s IPW conference and trade show in Orlando, reports Press Today’s Ted Davis.

The destination reps from Visit Orlando, Experience Kissimmee and Visit Florida were all on hand at their locations on the trade show floor at Las Vegas Convention Center to build early excitement for the 2022 edition of IPW, reports Davis, who is onsite at this year’s event.

The next IPW will be held June 4 to June 8, 2022, and the hosts are forecasting that the conference and trade show in Orlando will be a big attendance success. “I believe it will be one for the record books,” said Roger Dow, president of the U.S. Travel Association.

Dow kicked off the final press conference of IPW ’21 by introducing Casandra Matej, the president and CEO of Visit Orlando. She echoed that enthusiasm and made a powerful case for attending with a review of new attractions, accommodations and services that have recently been opened, or will be completed in time for the show next year. “We are on the verge of many milestones,” said Matej.

Amongst those will be the 50th anniversary of Walt Disney World Resort, which has various attractions in the works to mark the occasion. For instance, the theme park will be introducing Remy’s Ratatouille Adventure, a gentle, all-ages tribute ride to the popular Ratatouille movie.

This 4D culinary caper will open on Oct. 1, at the same time as the anniversary celebrations will get underway. These will take place over the course of 18 months, said Disney World president Jeff Vahle, making his comments on screen via a video presentation.

Further along in the calendar for Disney World will be the opening of the Star Wars: Galactic Starcruiser adventure, a new type of immersive experience that includes a two-night stay. Guests will book into a room or suite at the Halcyon Starcruiser and spend their time interacting with a cast of space characters, dining on galactic cuisine and planning adventures. Star Wars: Galactic Starcruiser will open in the spring of 2022.

Meanwhile, Universal Orlando Resort has prepared to welcome overnight guests with the recent opening of its first-ever value category hotels, under the banner Universal’s Endless Summer Resort. The Surfside Inn & Suites and the Dockside Inn & Suites each have their own style and have recently opened for business.

The convenience of flying into Orlando will improve with the opening of a newly renovated South Terminal (Terminal C), which will have 15 new, mostly international gates when it opens in the first quarter of 2022.

It will feature an innovative top-level baggage handling system, whereby passengers will retrieve their luggage from carousels that are located on the same level as they have deplaned. The newly expanded terminal will accommodate up to 20 aircraft and support an additional capacity of 10-12 million annual passengers.

Also in the works is the new Brightline high speed inter-city railway line that will operate between Orlando and Fort Lauderdale, West Palm Beach and Miami. This service connecting South Florida to Central Florida is on schedule to open in 2022.