Home › Destinations › Panama Proud Of Its Natural Side

Panama Proud Of Its Natural Side 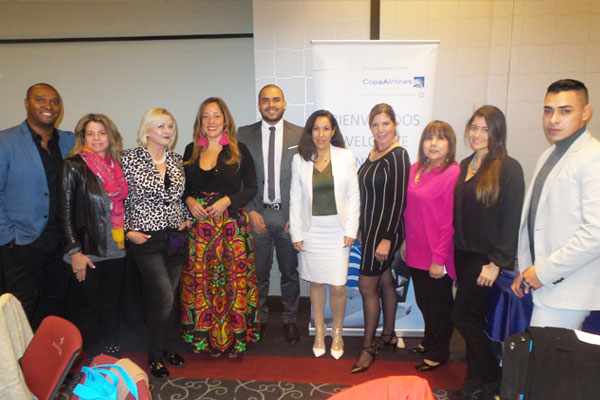 Panama is great for those wanting to see sea.

Maru Galvez of Panamanian carrier Air Panama told a Thursday Toronto gathering that tourists can travel from the country’s Caribbean Sea coast to its Pacific Ocean coast within two hours and on the way spot the Panama Canal, one of the world’s engineering marvels. A visitor centre found by the canal tells of its history. Galvez said a massive convention centre that will open in Panama City next year will offer canal views.

“Imagine having a convention and watching the boats go by on the canal,” she said.

Panama City – which will celebrate 500 years in 2019 – has modern architecture as well as a carefully restored old quarter home to a large number of bars and restaurants.

The country has beaches on both its Pacific and Caribbean coasts, with the Pacific coast having large resorts. A six-star Ritz-Carlton is slated to open on a Pacific island.

Galvez said 40% of her homeland is now protected from development, adding it has the second-largest rainforest in Central America and is “one of the most biodiverse countries in the world,” having some 1,002 bird species, more than Canada and the United States combined. Panama also has 1,200 species of orchids. “We’re beautiful, we’re natural, we’re intriguing.”

Galvez said outdoors enthusiasts will be able to appreciate Panama, adding it offers the likes of river rafting and has the “best surfing in Central America.”

Galvez said a coffee route provides insights into that product, with one brand of particularly appreciated Panamanian coffee selling for $600 a pound.