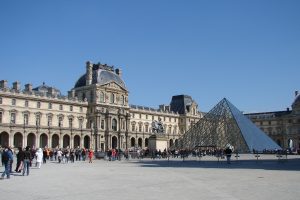 Paris, the global hub of art, fashion and culture, is the most popular destination for luxury travellers in 2017, according to a recent survey by luxury travel web site, LuxuryHotelsGuides.com.

The survey is sourced on data from more than million visitors in 2017.

Dubai, New York, London and Singapore round out the top five destinations for luxury travellers, according to the survey.

Besides Dubai, another city in the UAE, Abu Dhabi also made the list. The city has recently opened the Louvre and has a range of high end resorts and attractions under development.

Overall, three destinations in the US made the list, New York, Hawaii and Florida. Whilst two destinations in Spain (Majorca and Barcelona) were featured. London was the only UK city to be included.

Maldives and the Bahamas are also featured in the top 25 mainly due to their high average visitor hotel spend.