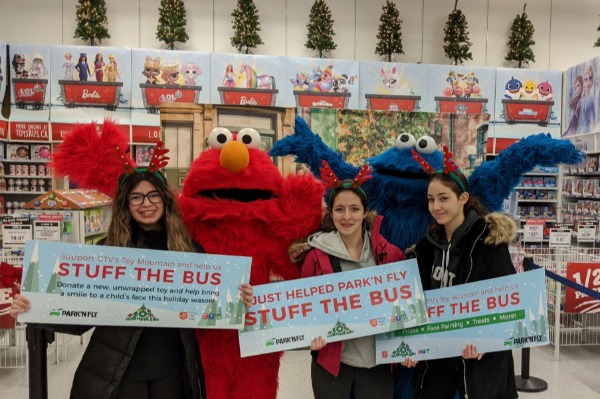 The campaign was launched Dec. 1 by hosting a “Stuff the Bus” event outside of the Toys”R”Us Meadowvale location. During the event, shoppers were treated to entertainment, food, prizes and more. Park’N Fly also accepted donations of new, unwrapped toys at Park’N Fly’s Toronto Valet facility throughout the month of December.

Thanks to the community, partners, volunteers and associates of Toys”R”Us Meadowvale, Park’N Fly collected more than 250 toys which were donated CTV’s Toy Mountain campaign in support of the Salvation Army.