Sports Gambling Gets A Boost In Las Vegas 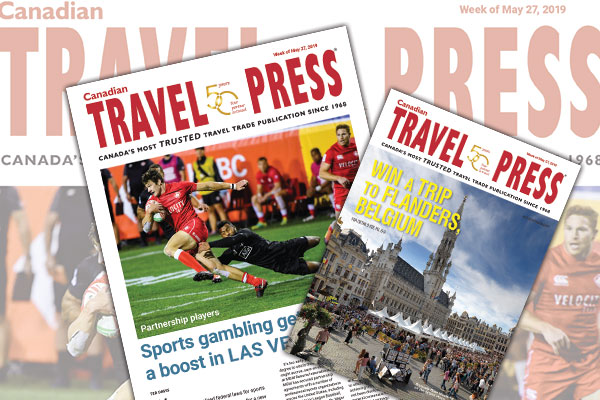 With recently liberalized federal laws for sports betting in the U.S., Las Vegas is gearing up for a new wave of gaming that may recall past glory days, when gambling ruled in the desert vacation mecca. While the changes have been applied across the nation, it is Las Vegas that stands to realize the biggest gains, reports western editor, Ted Davis in this week’s issue of Canadian Travel Press.

It’s too early yet to project the degree to which these benefits might accrue, says an executive at MGM Resorts International. But MGM has secured partnership agreements with a number of professional sports organizations across the United States, including the NHL, Major League Baseball, the NBA and, most recently Major League Soccer.

The partnerships are being activated with a view to driving more bookings and gaming revenues at MGM properties. The degree to which these partnerships are achieving those goals has still not been disclosed, but there is general consensus that this will be a successful strategy.

For instance, the American Gaming Association released a report Oct. 2 saying the NHL’s annual revenue may increase by US$216 million because of legalized sports betting. NHL revenues exceeded US$4.5 billion last season.