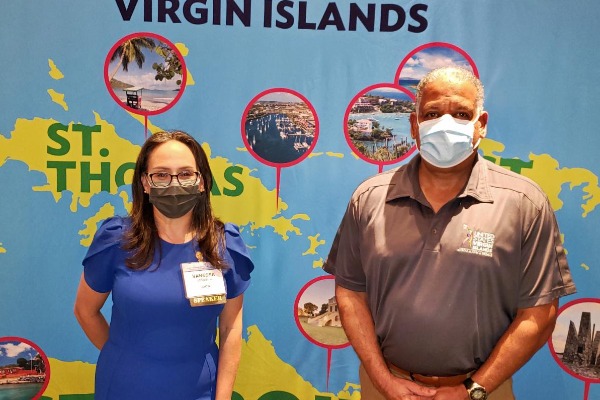 The U.S. Virgin Islands pointing to ‘synergistic public-private partnerships’ as key to its ability to survive and thrive during the worldwide COVID-19 crisis.

Joseph Boschulte, Commissioner of the USVI Department of Tourism, and Wayne Biggs, CEO of the U.S. Virgin Islands Economic Development Authority, led a delegation representing the Territory at the Caribbean Hotel & Resort Investment Summit (CHRIS), which was held last month in Hollywood, Florida.

During a panel discussion on public-private collaboration, Commissioner Boschulte recognized the importance of working together with other government entities such as the Department of Health, as well as business owners and employees alike, particularly in the tourism and hospitality sectors, to ensure that protocols and policies are understood and enforceable.

Boschulte observed that: “A big part of our success has been our relationship, led by our governor Albert Bryan Jr., with our private sector people. As government, we can set protocols. However, it’s not only the government’s responsibility to enforce the protocols; it’s the business owners, the hotel owners, the managers, the restaurant and bar managers’ job — to keep the entire economy humming.”

The Commissioner said that he believes the U.S. Virgin Islands has been able to record notable successes such as record numbers of visitor arrivals because of the leadership’s decision early in the pandemic to “manage the virus and not run from the virus” and proactive moves to protect both lives and livelihoods, in an economy that is heavily dependent on its tourism sector.

He continued: “[The VI Economic Development Authority is] a one-stop shop and we support development throughout the Territory … [and] we also offer support in real estate, logistics, supply chain, government regulations, human resources, legal and financial support, and incentives.”