Actors Are Off To The Barbershop 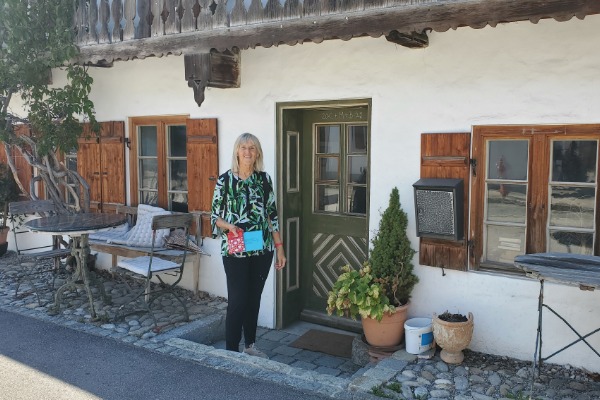 Werner Richter, owner of Richter Transportation, is one of the thousand actors who has been performing five days a week in the Passion Play in Oberammergau, Bavaria, Germany that has been running from April 5 to Oct. 2, 2022.

Ineke Brinkman reports that with a few exceptions — on account of catastrophes — the Oberammergau Passion Play has been performed every decade since 1634, when a vow was made that the Life of Jesus Christ would be reenacted, out of gratitude that the people of this small hamlet were spared from the plague.

And while the COVID-19 ‘plague’ delayed its performance for two years and now once again the town’s people, who must have been born in Oberammergau or living there for at least 20 years, come to the stage and passionately depicting Jesus’ life from birth, crucifixion to death and his rising of the death after three days. 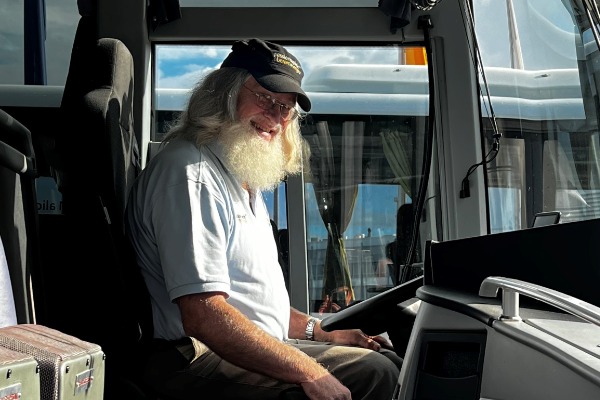 The 20 main roles have two players for each casting. When earlier this year “Jesus” was struck with COVID-19, the play could continue as the second “Jesus” stepped in.

The 70-person choir singing Hosanna and many more pieces under the direction of Markus Zwink, whose wife and daughter are soloists, is accompanied by a professional sounding orchestra located under the stage. With the exception of two tenors, a few instrumentalists and the black mare, all live in town, so do the performing sheep, goats, birds in cages and the “two feet camels.” The horse and his owner gallop over the 4-kilometre cow path from Ettal to the Play House.

Ettal is home to the Kloster Hotel and Abbey, which houses a cheese making farm, a brewery, a winery and a huge souvenir shop, the Kloster Laden. The yellow and white Benedictine Monastery is open to nightly Vespers with Benedictine Monks in the stalls. The four-star cozy, wood paneled hotel and restaurant welcomes a few hundred people.

Werner, who started the business with his Dad over 50 years ago, has been on stage since 1960, when he started school – which in those years was a prerequisite to participate. 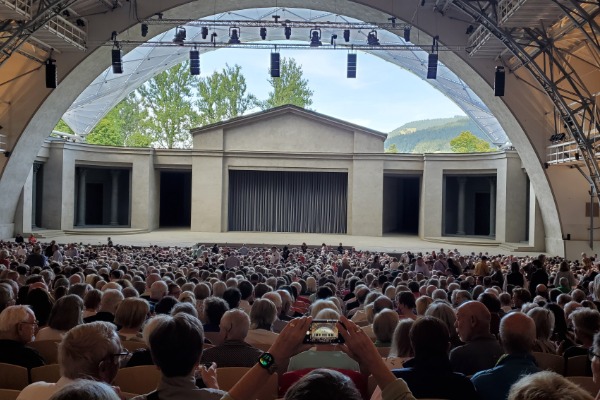 Now 62 years later, the youngest participant is a two month old baby held in the arms of a 90-plus year old lady, who daily walks to the Passion Spiele Theatre in the northwest part of town, where shopkeepers and restaurants cater to the thousands of tourists who flock the streets and fill the 4,500 seats in the nearly covered theatre.

The village homes and buildings are decorated with beautiful murals, some depicting fairy tales, other trades and art.

Werner humbly says he is one of the “folks” that join the second part of the play, after his daytime job has been fulfilled. Like the other actors, he has no formal training, but has grown into the various roles he has played over the years.

In 1960, he earned enough to purchase a bicycle from the compensation he received during the summer months he performed; now 62 years later he still earns enough Euro’s to buy a two wheeler from the countless hours he fulfills his role. Others, like his son Andreas, who plays Caiaphas and has been practicing for a long time, receives a higher per diem. 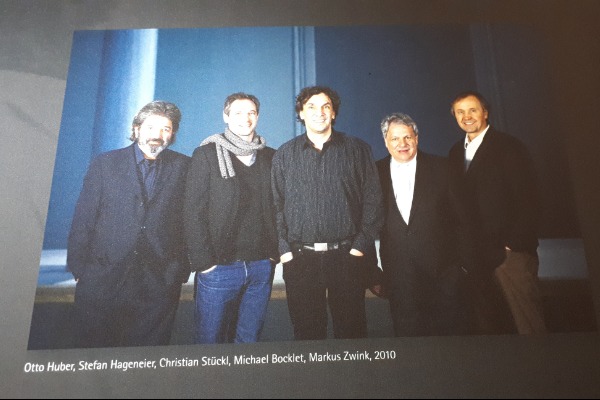 I met Werner in 2000 and 2010 when he drove us to the Munich airport, 120 km north of Oberammergau. When I ask him if he will drive us again in 2030 he answers a firm Nein. He does not expect the business to continue, as does his son Michael, who drove buses to earn his education to become a psychologist. Daughter Gabriele does the Richter Brothers administration, and needs manpower in order to continue the family business that has served visitors for over 50 years.

Since 1990 and at the time the youngest Passion Spiele director, Christian Stuckl, who is now 61, fell ill shortly after the 2022 play started and fortunately recovered, hopes to reach the 400th anniversary. Christian lives a stone’s throw away from the baroque style St. Peter and Paul church, where singers in the play return weekly to sing in the church choir. It is in this church where a relic is kept of the first wooden crucifix that was used in 1634.

Everything is within walking distance. The Museum in the centre of town took on a new “cover” from the denims of the 2010 costumes of the actors; the mainly blue and gray colours are posted to the cubic wall holding this year’s exhibition: Stoff, Korper, Passion (fabric, body and passion connecting humanity, starting with the birth of Jesus, ending on the third floor with the salvation, where one enters through a roped circle within bright lights shine into the universe. We are intricately bound to one another. At the same time, we are part of nature, the universe, and consciousness.

Werner has, like his co-actors, been growing his beard and hair for over one year and will line up in the barbershop as soon as the curtain closes on Sunday October 2, 2022.

The next play will be held in 2030 and once again in 2034 to celebrate the 400th anniversary when the town rises to the occasion of showcasing an amazing 2 act, 7 hour Passion Play that will leave folks from all over the world spellbound.

Returning with wood carvings, lederhosen, Tyrolean hats, dirndl dresses, books and mountains of memories, where the sound of cowbells awaken us to a green landscape amidst the Alps that live long after the actors take a rest; the 3,100 population continues to welcome hikers, cyclists and all who wish a healthy and relaxing vacation with a friendly Gruss Gott.

Ineke at the home of Christian Stuckl, picture taken by David Slingerland

Werner Richter in his coach; picture taken by Quentin Toderick

Current and past directors