PATA to Highlight the Issue of Gender Equality in 2018 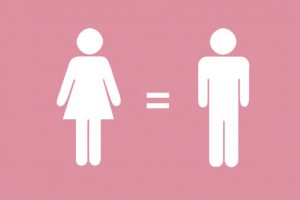 In line with the United Nations Sustainable Development Goals (SDGs), the Pacific Asia Travel Association (PATA) will advocate for increased gender equality in the travel and tourism industry in 2018.

According to the UN, while the world has achieved progress towards gender equality and women’s empowerment under the Millennium Development Goals (including equal access to primary education between girls and boys), women and girls continue to suffer discrimination and violence in every part of the world. Gender equality is not only a fundamental human right, but a necessary foundation for a peaceful, prosperous and sustainable world.

“Travel and tourism provides the perfect opportunity for people from various backgrounds to share their stories with each other in the hope that we can better understand each other as humans, regardless of our gender, race, faith or beliefs,” said PATA CEO Dr. Mario Hardy. “The Association holds the fundamental belief that all travel and tourism stakeholders have an equal voice that should be heard. It is through a shared voice that change can be attained. It is our policy to ensure there is equal opportunity without discrimination or harassment on the basis of race, colour, religion, sex, sexual orientation, gender identity or expression, age, disability, marital status, citizenship, genetic information, or any other characteristic protected by law.”

The Global Report on Women in Tourism 2010 published by the World Tourism Organization (UNWTO) and UN Women found that: Women make up a large proportion of the formal tourism workforce; Women are well represented in service and clerical level jobs, but poorly represented at professional levels; Women in tourism are typically earning 10% to 15% less than their male counterparts; The tourism sector has almost twice as many women employers as other sectors; One in five tourism ministers worldwide are women; Women make up a much higher proportion of own-account workers in tourism than in other sectors; A large amount of unpaid work is being carried out by women in family tourism businesses.

“In line with the SDGs, PATA will continue to drive forward its mission of empowering its members to leave a positive impact on countries, destinations, local communities and the surrounding environment. Gender equality requires a strong commitment from both the public and private sectors to work together in reinforcing policies, adapting laws, and investing in education, vocational training and skills development to provide women in the industry with opportunities to make empowered choices for their future. Equality is and will continue to be a cornerstone of the Association’s mission in acting as a catalyst for the responsible development of travel and tourism to, from and within the Asia Pacific region,” added Hardy.