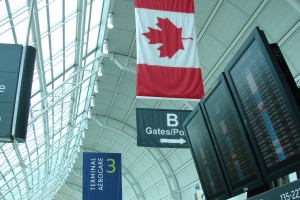 The unionized workers, employed by Swissport, voted 95% to reject the company’s latest offer.

While reports of delays were minimal, travellers should prepare for possible disruptions. Picketers were set up at Pearson’s Terminal 3, but were not blocking passengers or traffic.

The workers that service more than 30 airlines, including Air Transat, Sunwing, British Airways and Air France, include baggage handlers, cargo handlers and cabin cleaners, as well other ground crew.

When the threat of a strike was announced earlier this week, the Greater Toronto Airports Authority said a contingency plan was in place.