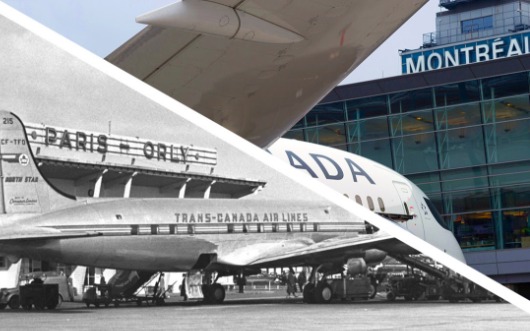 Air Canada is celebrating the 70th anniversary of its Montreal-Paris route, making it the longest-serving North American airline in France.

On April 1, 1951, a four-engine, 40-passenger Canadair North Star, registered as CF-TFO and operated by Trans-Canada Air Lines (now Air Canada), touched down for the very first time at Orly airport, in the suburbs of Paris.

Initially entailing a layover in London, UK, the flight between Montreal and Paris quickly became a non-stop, weekly service after its initial success.

Mark Galardo, Senior Vice President, Network Planning and Revenue Management at Air Canada, said: “This is an important milestone for our airline, our customers and, more specifically, Air Canada’s French colleagues. This 70th anniversary is a testament to the special, enduring relationship between the two cities, which have a long history of partnership and collaboration.”

Galardo continued: “This transatlantic flight from Canada sees the most demand and is a key part of our DNA. In addition, despite the challenges posed by the COVID-19 crisis, Air Canada has never suspended its Montreal–Paris route during the pandemic, and our sole ambition is to re-establish Air Canada’s presence in other French cities in order to continue to strengthen the ties that unite us.”

For the last 70 years, Air Canada has continued to bolster its presence in France and the French Caribbean, and to increase its commitment to French territories.

Before the onset of the pandemic, Air Canada served seven French cities: Paris, Bordeaux, Lyon, Marseille, and Nice, as well as Fort-de-France and Pointe-à-Pitre in the Caribbean.

The airline operated up to 45 weekly flights from its hub airports in Montreal, Toronto, and Vancouver, which offered connections to more than 50 destinations in the Americas.