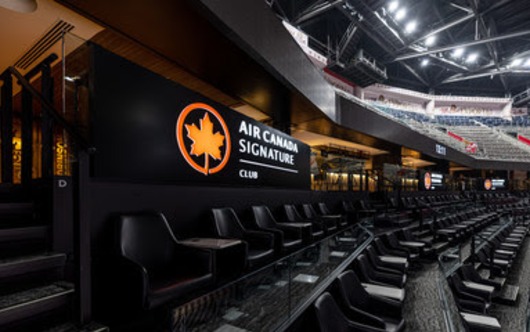 Air Canada also announced a four-year extension to the airline’s long-standing sponsorship of the organization with Air Canada as Official Airline of the Montreal Canadiens.

Lucie Guillemette, Executive Vice President and Chief Commercial Officer at Air Canada, said: “Hockey and the Montreal Canadiens are tightly woven into the fabric of Quebec’s culture, and we are extremely proud to be headquartered right here in Montreal and to continue fostering our long-standing partnership with this historic franchise.”

Guillemette continued: “Building on our long-standing partnership which includes our role as Official Airline of the Montreal Canadiens, we are also delighted to inaugurate the exclusive, new Air Canada Signature Club today, elevating the fan experience for Quebec hockey enthusiasts and showcasing the unparalleled features our customers can experience and enjoy when they travel with us. We look forward to welcoming members to this exceptional, premium space where they can cheer on their team at home games, while enjoying the delectable menu developed by two prominent Quebec culinary and wine luminaries and Air Canada culinary partners. Go Habs Go!”

France Margaret Bélanger, President of Sports and Entertainment for Groupe CH, noted that: “Over the past two years, this premium space became the ultimate hospitality area for anyone wanting to take advantage of a breathtaking view of the game in a luxurious and exclusive environment. We are thrilled that Air Canada has chosen to offer our customers this exclusive experience as part of our long-lasting sponsorship.”

Go to https://www.nhl.com/canadiens/tickets/air-canada-signature-club for more.