Home › Pix of the Trade › Cuba Vaccine Plan Is Rolling 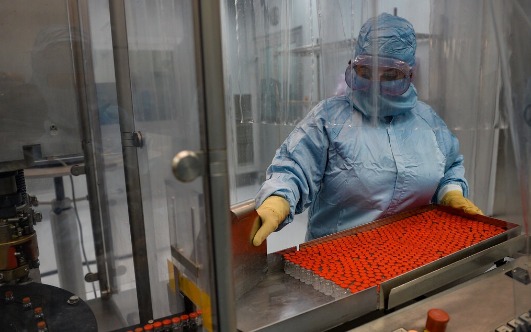 This August, Cuba plans to complete the manufacture of enough doses of COVID-19 vaccines required to vaccinate its entire population.

Doctor Eduardo Martinez, president of BioCubaFarma, a biotechnology and pharmaceutical Industries business group, made the announcement.

One of the four vaccines developed by Cuban scientists, Soverana2, is in the final phase of testing, placing the island on track to inoculate its entire population by August.

“We are happy to hear about the vaccine rollout in Cuba by the end of the summer, we can see the light at the end of the tunnel,” said Lessner Gomez, director of the Cuba Tourist Board in Toronto, adding, “with the entire population vaccinated, Cuba will be safer than ever and ready to receive Canadians when travel restrictions are lifted.”

The vaccine invented on the island also considers the emergence of new variants of the virus, and therefore a group of researchers from the Pedro Kourí Institute of Tropical Medicine, the University of Computer Science and BioCubaFarma, studied and modeled the new mutations and others that could emerge. Some new antigens containing the mutations present in the variants detected in different countries have already been developed.

Sovereign 2 is a protein-based vaccine that contains part of the coronavirus, unlike the Moderna and Pfizer vaccines, and does not need to be stored in deep freeze — which may be a draw for poorer countries that often lack the equipment to keep so many doses frozen.

“This extraordinary scientific achievement makes us very optimistic and for sure makes Cuba rebound-ready when Canadians start to travel again,” said Gomez.