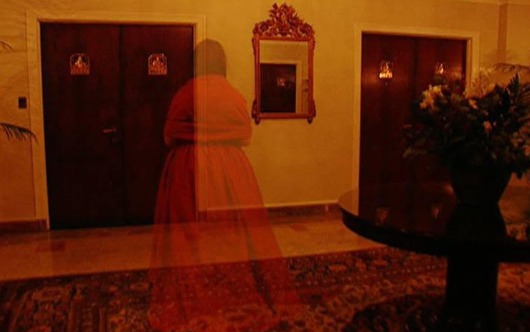 It is said that ghosts haunt where they were happiest. Fairmont Sonoma Mission Inn & Spa welcomes guests past and present and tells the tales of guests who never want to leave.

When the evenings are still and the fog rolls in from the Bay, a hauntingly beautiful woman has been seen strolling the hallways of the Inn in period dress. Victoria, as she is fondly referred to by many of the Inn’s tenured employees and whose family traces back to the founding fathers of Sonoma Valley, is said to have celebrated her wedding and many anniversaries at the resort.

The Inn originally dates back to the Native Americans, who were the first to discover the natural underground hot mineral waters. This site was considered a sacred healing ground and their ‘sweathouse’ stood near the spring for generations. For decades, guests have commented on the otherworldly presence at the Inn.

A frightfully handsome room in the original building is reportedly haunted by a ghost of an elderly man. Guests have for years noted a ‘feeling’ of not being alone in the room at night. You may catch something out of the corner of your eye – see something run down the hall and around the corner. Others have shared that they hear doors slamming in different areas of the first floor in the darkest of the night.

The hauntingly famous ‘Round-Room’ is perhaps one of the most haunted hotel rooms in California. Supposedly, it was in this room, where a guest of the hotel in the 1920’s, was allegedly beheaded in the bathtub by a jealous lover. Since then, guests have reported paranormal activity in the room, including flickering lights, unexplained noises, shadowy figures, running water and more.