Home › Pix of the Trade › Feel the romance in St. Lucia

Feel the romance in St. Lucia 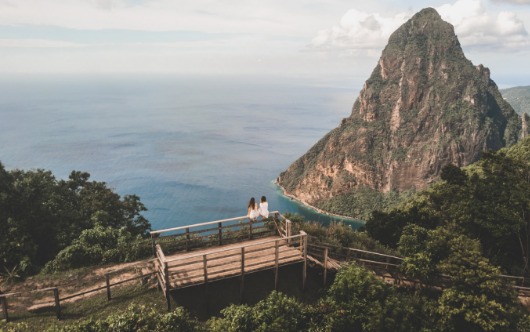 Saint Lucia was awarded the ‘World’s Leading Honeymoon Destination’ by the World Travel Awards for the 12th time. The virtual announcement was made on Nov. 27 in Moscow during the 27th annual World Travel Awards. Saint Lucia has been recognized for this award for the third consecutive year since 2018.

Commenting on the award, Tourism Minister Honourable Dominic Fedee said; “Saint Lucia’s internationally acclaimed status is what we strive for daily in our strategic marketing and promotion efforts. The destination undoubtedly boasts of true passion in all key niches and amongst its hidden gems. It is indeed an honour for Saint Lucia to be named once again as the World’s Leading Honeymoon Destination, a sincere reflection of our culture and the people who propel the industry.”