Free Use Of EV Chargers Extended To End Of 2021 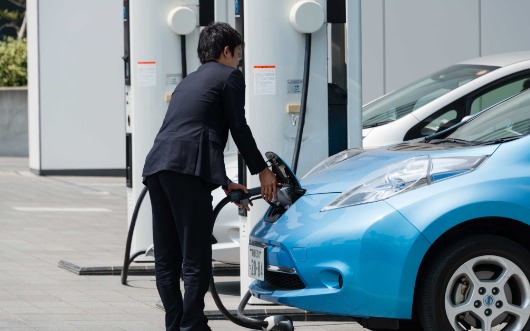 In operation for less than six months, Nanaimo Airport’s electric vehicle quick charge stations have already reduced greenhouse gases in the Central Island by an estimated 18.1 metric tons. That’s equivalent to planting 422 trees and having them grow for 10 years.

And now the Nanaimo Airport Commission has announced that the four charge stations will remain free to users through the end of 2021. The service was originally launched on Feb. 1, 2021, with user fees waived for an initial six-month trial.

Nanaimo Airport President and CEO, Dave Devana said of the initiative: “Our charging stations are making a substantial difference to the environment. Keeping them free of charge for the rest of the year is part of our commitment to environmental leadership and stewardship.”

Devana continued: “Nanaimo Airport Commission believes in taking action today that will benefit our communities now and for the next generations,” he says. “Helping to preserve our environment by supporting zero-emission vehicles is an investment in the future.”

Since they opened, the charging stations have been used 1,322 times leading to reduced greenhouse gases as drivers reduce fossil fuel use. Relying on electricity to power these vehicles has saved an estimated 7,725 litres of gas, according to Natural Resources Canada’s energy calculator.

In terms of impact on the environment, that’s equivalent to:

Devana points out that: “Our fast-charging stations help encourage the adoption of zero-emission vehicles by providing Islanders with more options on their roads. They’re an added convenience for people using Nanaimo Airport, and together we’re reducing pollution while embracing sustainability. By taking a leadership role in building a clean energy future for our communities, we’re also helping to strengthen the regional economy.”

The airport’s partnership with Natural Resources Canada and the Province of BC is increasing the EV fast-charging infrastructure along the Island’s most travelled highway.