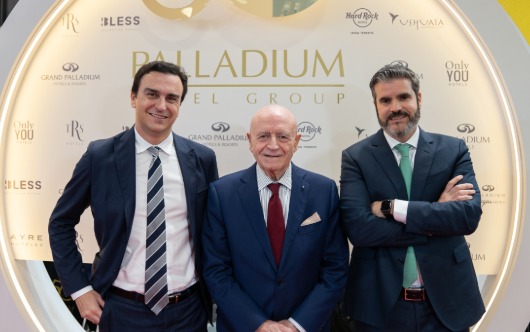 The Palladium Hotel Group celebrates its 50th anniversary this year and has chosen the International Tourism Fair (FITUR) to launch the commemorative efforts of this milestone and communicate company news, among the most prominent is the announcement of a new president and a new CEO, Abel Matutes Prats and Jesús Sobrino, respectively.

During a presentation of the company’s news, officials celebrated last year’s success, including a turnover that exceeds US$829.8 million, representing a 13% increase over the previous year.