Home › Pix of the Trade › RIU Celebrates 25 Years In Mexico 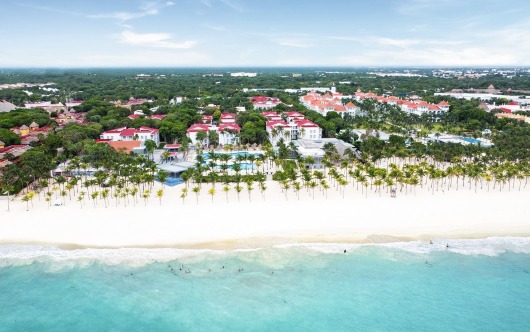 In summer 1997, RIU inaugurated the Hotel Riu Yucatan in Playa del Carmen, its first hotel in Mexico. This year marks the 25th anniversary of RIU Hotels & Resorts in Mexico, a country that has become RIU’s main international destination with over 20 hotels in five Caribbean and Pacific states, which have a total of 12,000 rooms.

Mexico means so much to RIU that almost 40% of its global talent is Mexican, compared to the 18% that is Spanish, more proof that it is RIU’s number one destination.

What’s more, the authorities’ commitment to keeping the country’s borders open throughout the pandemic helped RIU to keep its hotels operating, making Mexico the lungs that allowed the rest of the company to continue breathing during this time.

“As the chain’s presence in the country means so much to both RIU as a company and the Riu family, in 2022 it will commemorate this 25th anniversary to express its profound gratitude to the country, to its professionals, for its good relationship with the authorities and, of course, to national guests from Mexico, 850,000 of whom visited RIU’s hotels in 2021,” the company says.

RIU has planned a long list of activities that will take place throughout the year to celebrate the anniversary.

“RIU has learned so much about so many different areas during its time in Mexico, and this knowledge has had a profound impact on the company, which is now present in 20 countries. For example, the country’s adverse weather conditions and earthquakes have meant that Mexico has some of the strictest safety regulations and most prestigious structural engineers in the world. That is why Mexican professionals work on RIU construction projects in the rest of America and worldwide. Mexico has an astoundingly rich and varied food culture. Thanks to their talent and professionalism, many Mexican chefs that start working for RIU in Mexico subsequently travel to different destinations to take on head chef positions,” RIU adds.