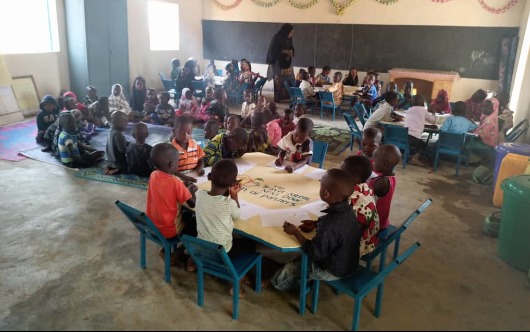 The Travel Agent Next Door raised approximately $46,000 at its conference last month for the charity Pencils for Kids. TTAND has been raising funds for Pencils for Kids for the last 5 years totalling $125,000 — with this year’s contribution bringing it to $171,000.

Flemming Friisdahl, Founder, The Travel Agent Next Door, said: “We are extremely grateful not only to our travel agent partners but to our generous suppliers, without whom this would not have been possible.”

Friisdahl continued: “Suppliers contributed financially as well as through donations to the silent auction.  This was a team effort between our agent partners, our suppliers and the TTAND head office team.”

The money has gone towards such things as 5 computers, 450 books by African writers for a library and three computers for communal use at the Town Hall and school library.  The funds also purchased chair and tents for rentals to provide ongoing income– and also 30 sewing machines for the community in Niger.

Three young women were sent to nursing school and two of them have come back to their community to work there.

Funds raised by TTAND also have been put towards the cost of building two permanent kindergartens in Niger, in addition to the furnishings such as desks, chairs, blackboard, teacher’s desk, and student resources.

The schools were just recently launched in the past few months – and now an additional two schools will be built using TTAND’s new funds from this conference.

Robin Mednick, President and Executive Director, Pencils for Kids, said that:  “When that happened, Pencils for Kids was determined to rebuild any kindergarten of straw in the community of Libore where we were helping — 13 of them — so that all children of kindergarten age would be able to still go to school,” “Every kindergarten we erect is built in memory of the children who perished in that first fire and there is a plaque to this effect on each and every one we build.”

Go to www.thetravelagentnextdoor.ca for more.